An Essay on Government, by George III Rex 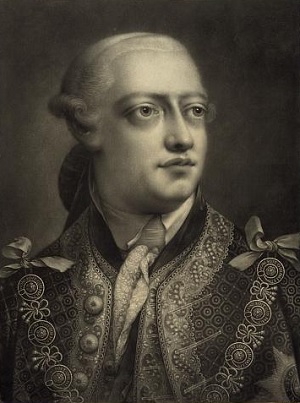 Editor's Note: Over the holidays, I watched The Madness of King George, a film based on a play by Alan Bennett, that was loosely based on King George III's first bout with mental illness.

It's a top-notch film. There's an outstanding cast. The 'bad guys' are funny. That part could only have been improved if Hugh Laurie and Rowan Atkinson had played the princes. Stellar performances are delivered by major National Trust properties, who don't win enough Oscars, in my opinion. It's worth your time.

The problem, of course, is that it isn't history. This shouldn't be a problem, really: after all, it's a given that the playwright is going to put his own spin on things. He doesn't like kings, so George III must have had qualities he despises. He's allowed to do this. Unfortunately, today's technology means that now, millions of people who couldn't be bothered to check it out will think this is exactly what happened. Poor George III. Victimised yet again.

The porphyria theory is in disrepute again these days. Bipolar disorder is a possibility, they say. Maybe combined with schizophrenia. Some doctors are studying the king's words, as once they studied his stool. They don't know any more now than those be-wigged quacks did back then. One thing is definitely not true: George III was not ungrateful to Dr Willis, who was a real person. George continued to visit him on occasion. When he had a relapse, Dr Willis' sons treated the king. Especially during his final illness, when Willis was already gone.

Colonial American opinions and the flaws of monarchies notwithstanding, George III had many admirable traits. He was faithful to his wife. He loved his kids, except for George IV, and nobody can blame him there. George IV was hard to love. George III spent a lot of time praying, a good attitude in a world leader if it doesn't give them apocalyptic ideas. Three people tried to kill him. All of them were as crazy as he sometimes was. George was cool about it, and forgave them. He loved Handel's music, which shows good taste. He was bilingual and interested in science. I suspect you'd like him if you knew him.

Here's an essay he wrote containing his thoughts about government. He wrote it early in his reign, before he became ill. It's published in The Taylor Papers, a collection of source materials by Sir Herbert Taylor, who was the king's private secretary at one time.

George III on Authority and Government

The nature of man is the same in all places, and in all times, but varied, like their statures, complexions, and features, and by the influence of the several climates where they are born, and by the education and manners they adopt; these produce generally the same forms of Government in the same sort of countries1.

Thus, the more northern and southern nations (extremes as they say still agreeing) have ever lived under single and arbitrary dominions, as Russia and Tartary, Africa and India; while the more temperate climates, especially in Europe, were anciently Commonwealths, and of later ages, principalities bounded by laws, which differ less in nature than in name.

For there seems to be but two general kinds of Government; the one exercised according to the arbitrary command of a single person; the other according to certain laws introduced by custom or agreement, and not to be changed without the consent of many; but under these may be classed the various distinctions that are, by the authors who treat on this subject, so fully expatiated upon.

All Government is a restraint upon liberty, and under all, the dominion is equally absolute where it is in the last resort.

So that when men seem to be contending for liberty, they are in reality only attempting to change those that rule, or to regain the forms of Government they formerly had been accustomed to; though when they enjoyed them it was not without some pressure and complaint.

Authority arises from opinion of wisdom, goodness, and valour, in the persons who possess it2.

Wisdom enables men to judge what are the best ends, and what the best means of attaining them.

Goodness obliges men to prefer their duty and their promise before their passions or their interests, and is properly the object of trust, and consequently best expressed by the name of honesty.

Eloquence, beauty, and nobility have also some effect on the opinions of the vulgar4; to which may be added another source from which usually springs greater authority than from all the rest, which is the opinion of Divine favour or designation of the persons or of the races that govern5.

Piety, prosperity, and splendour in palaces also beget authority; yet authority is confirmed and strengthened by nothing so much as by custom.

Power follows authority in civil bodies, as in natural (bodies) the motions of the body follow those of the mind.

We may with the greatest appearance of truth suppose that the men who first assembled to form any civil constitutions were not separate persons, but the heads of families, consequently persons of authority over such numbers as composed their families.

Every idea of the want and helpless state of an infant encourages us in seeing the necessity of parental authority, which undoubtedly subsists until the child can provide for itself, and in well-disposed minds is only terminated with life.

Thus in process of time a family becomes a little kingdom, and a kingdom is nothing but a great family; nor is it improbable that this parental jurisdiction in its successions, and assisted by accidents, may have branched out into the several minute distinctions of governments, upon describing of which so many authors have laid great stress.

Governments founded on contract may have succeeded those built on authority; but they seem rather to have been agreements between princes and subjects, than between men of
equal rank and power.

It is needless to enter into the arguments or comparisons of the several forms of government that have been, or are in the world; that cause seems best that is supported by the ablest advocates; they have all their advantages and disadvantages; and that form suits best a nation that has been longest by use and custom established there. And in general those are the best Governments where the best men govern; and the difference is not so great in the forms of Magistracy, as in the persons of the Magistrates.

1This anthropological approach is pretty modern, right?2Don't even think, at this point, of what George III might have said if he had met the current crop of world leaders.3Bone sp-…. No. We won't say anything.4He means 'on Joe Sixpack.'5Notice he didn't say, 'divine right'. He said 'opinion of Divine favour.' Meaning, somebody thought that up.