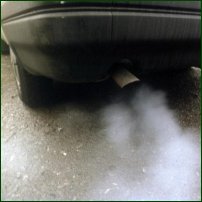 The opening of the Hitch-hiker's Guide to the Galaxy is extraordinary. What other comedy series starts with the demolition of the Earth? We meet Arthur Dent trying to prevent his house being knocked down, then a Vogon constructor fleet arrives to demolish the Earth to make way for a hyperspace bypass. In the nick of time, Arthur and his friend Ford Prefect hitch a lift on the Vogon commander's spaceship. The Vogons are the bureaucrats of the galaxy. They are green, ugly, cruel and write the third-worst poetry in the galaxy.

I first heard of the Guide when I was working in a planning branch of the Department of the Environment. My colleagues, who were qualified planners, were following the radio series. They were much amused by Arthur Dent's efforts to view the planning documents for the demolition of his house. When I blundered onto the H2G2 website, I called myself Minorvogonpoet because I wrote poetry but didn't want to make huge claims for it. I was also a bureaucrat.

I wonder if the Guide's depiction of the Vogons hastened my disillusion with bureaucracy. In reality, bureaucrats don't go stomping round and throwing people out of spaceships. They are not cruel and unreasonable, at least not in the nominally free world. Their job is to implement the legislation passed by the government, so they work within a framework of rules. If they take a decision that seems harsh, they are probably following those rules. If you dislike the way the country is being run, don't blame the bureaucrats but the politicians who make the rules. Of course, in a country that calls itself a democracy, the politicians are supposed to answer to the electorate.

This is important when we come to consider the real future of the Earth. The evidence has mounted, since the Hitch-hiker's Guide was first aired in 1999, that the Earth is in trouble. It's not the Vogon's fault this time but our own and the threat comes from climate change. At the recent UN Climate Change Conference in Poland, naturalist and broadcaster Sir David Attenborough described climate change as “a man made disaster of global scale. Our greatest threat in thousands of years.” He added “If we don't take action, the collapse of our civilisations and the extinction of much of the natural world is on the horizon.”

The recent report by the Intergovernmental Panel on Climate Change (IPCC) gave a grim picture of the severe impacts of allowing global surface temperature to increase by 2C. The world is currently 1C warmer than pre-industrial levels and we have already seen extreme weather events, from powerful hurricanes and floods to droughts and ildfires. The IPPC gave us twelve years to avoid catastrophe. They set a target of limiting global warming of 1.5° C. They admit this would require 'rapid, far-reaching and unprecedented changes in all aspects of society.' However, these would be affordable and feasible and the costs of doing nothing are far higher.

If we are to bring about these changes, we need actions at all levels. We need governments and their bureaucrats to draw up legislation and back green energy initiatives. However, we the people also need to act. There are changes we can make to our own lifestyles.

This is a cause worth fighting for.