My Life as a Fake Spy 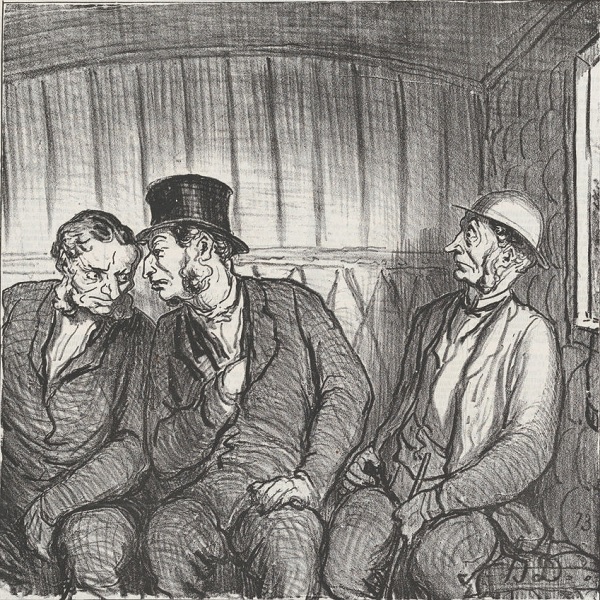 I would have made a good spy. Nobody would ever have suspected me.

For one thing, I just don't fit the profile. I look as unlike Sean Connery, Pierce Brosnan, or even Idris Elba as is humanly possible. I utterly lack the height, the suavity, the incredible clothes sense… Okay, my clothes sense has been described as 'incredible', but not in a good way. I have never drunk a martini, whether stirred or shaken. I can't drive a stick shift.

For another, I'm not noticeable at all. For years, I lived in Europe. Nobody ever thought I looked out of place. In fact, no matter where I went, people assumed I belonged there. How do I know this? I got asked for directions. Even when I'd just been in town for about five minutes. I usually pulled a map or guidebook out of my pocket, established which language we had most in common, and attempted to help them on their way. This is not glamorous behaviour. This happened to me behind the Iron Curtain as well as above the Arctic Circle. I dunno why: I guess I just have one of those 'European substrate' faces and seem approachable.

Wherever I've lived, I've tried to blend in. I seem to have been successful: I once had an hourlong conversation on a train, in Romanian. When I asked for directions myself, explaining that I was new there, my conversation partners expressed surprise. Okay, they didn't meet many foreigners, but still. If the point to being a spy is not to act suspiciously, I think I'd qualify.

This used to annoy me. I started out living in Europe as a student, which meant I met a lot of other foreign students. The main act of most students living abroad is to try to seem glamorous. They imagine themselves as globetrotters, even though they tend to act like Suzie Q Ferguson, the World's Most Terrible Tourguide. Suzie Q herself was a student on a Junior Year Abroad program who went around brightening the days of the Locals. She cut a swathe through the Altstadt, did Suzie, smiling beatifically at all and sundry. She was the opposite of inconspicuous.

Suzie was a cornfed American from the Midwest, blonde and toothy, but I've known her type from other countries as well, including the UK. My buddy Cyril from Cambridge used to shout at people in German, which he pronounced with a Cockney accent, for some reason. He also translated British phrases into German, with predictably confusing results. I heard him ask my friend Gretel Tischbein once for directions to the 'öffentliche Bequemlichkeit', which is not a clever way to ask for the loo.

Surrounded by all these really stand-out types, I began to feel that I was somewhat lacking in international credentials. I even resented not being stopped at borders. If I spent the weekend in Belgium or the Netherlands, I often came back to Cologne, where I lived at the time, on the Sunday evening Intercity from Amsterdam. The cops would always stop the train at Aachen. They'd roust people my age onto the platform, and shake their baggage down for drugs. This never happened to me. They'd take one look at my innocuous mug and move on. I felt vaguely dissed.

It got worse one afternoon when my Romanian seminar, complete with two faculty members, adjourned to a pub. This was in Cologne, where the beer waiters have a tradition of conspicuous jollity. The Köbes with his traditional blue apron tends to regard himself as the floor show. He demands tribute from the customers in the form of banter. This Köbes wanted to know what a collection of odd foreign academic types was doing in his pub. In return, our professor, a folklorist from Transylvania, invited the waiter to guess our countries of origin from our accents and other clues.

The Köbes beamed: sizing up customers was his specialty. He deftly placed the other faculty member in the group, who was German, in her region of origin. He figured out who the other Germans were. Then he got in trouble: we had one native Romanian speaker and two Volksdeutsche from Transylvania. The waiter announced that their German was so spectacularly awful that they could only be…..Americans!

My professor, secretly gleeful at being mistaken for a Yank, then pointed at me. 'Where does this one come from?'

When he guessed that Elektra was from Lithuania because, well, her German was appalling (true) and she looked Lithuanian (also true, thanks to grandparents), our waiter's stock went way up. We refused to correct any of his mistakes, and tipped him handsomely.

Another Cologne professor of mine, who had survived the war as a Jewish teenager by hiding in cellars, gave me some advice one day, unasked. 'Tell everybody you're from Siegen,' was his tip. 'Everybody in Siegen has that same speech defect.' Siegen is in the Eiffel Mountains, and there are a lot of red-headed people up there. Could it be we share the Appalachian Speech Defect? At any rate, the recognition of the fact that one might need to be inconspicuous at some point gave me an insight into the fact that Dr H had more skills at his command than just his incredible knowledge of Hebrew and Yiddish texts. His advice, so casually given, finally answered a question I'd been asking myself since I was a kid.

I've never admitted this in public before, but I used to find myself at train stations in Europe suddenly imagining the years away and wondering what it was like in 1940. There's a reason for that: the first words I learned in German were military terms used in books about the Second World War. Look, it's an eleven-year-old thing: first, boys read about dinosaurs. Then they graduate to tanks. It's a natural progression. In the course of reading AWOL: K-9 Commando, I discovered the wonders of umlauts. I became a medievalist because somebody invaded Poland. Now, I moved to Germany because I was a medievalist, not because of war stories. But there were no train stations in the Middle Ages, and there were a lot of them during World War II. So that's what I thought about when I waited for trains. And I wondered if I could have finessed the need to remain undetected by the Gestapo.

I'd practice blending in, not doing anything that stood out. I'd study the layout for quick exits. I'd examine the people around me for clues as to their identities. In short, I'd practice being a spy: not because spying was a glamorous activity, but out of sympathy for the people whose stories of fear and danger had awakened my curiosity about this particular continent. I wanted to understand what they'd been through, because there wasn't anything else I could do for them. At least, someone would have stood on the spot and thought their thoughts. It wasn't much, but it was what I had to offer, so I offered it.

Does our imagination do anything at all? It must, or we wouldn't have it. Does knowing what other people experienced help at all? That's what we hope, when we tell stories, when we read them, when we compare notes along the way. Shakespeare has a line…

…And take upon us the mystery of things,

As if we were God's spies…
King Lear

I don't mind being one of God's spies, do you? Better than an old martini, any day.