December 2018 Create Challenge: The Researcher Who Came in from the Cold 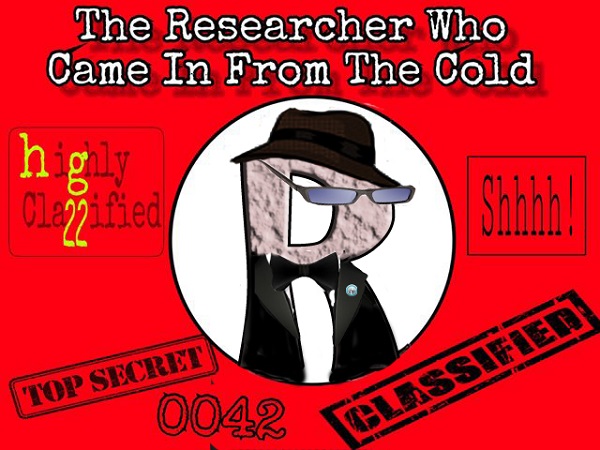 The other day, the Core Team were chatting, as they are wont to do in their secret Fortress of Solitude. The CT members discovered something in common: they had all been in situations that provided brief glimpses into the exciting (cough) world of secrets and espionage.

The Create Team, of course, will neither confirm nor deny any of these stories.

Have you ever been an unwitting spy? If you were a real spy, we wouldn't expect you to admit it, although of course, if you'd like to tell all, we'll pass your usernames on to Edward Snowden....

If you don't have a real story, make one up! Submit some fiction, spy photography, or a poem! Or write a Guide Entry about spies. We already have some good tales, such as Spying Isn't All It's Cracked Up to Be: The Case of George Dasch. Add to the lore around here.