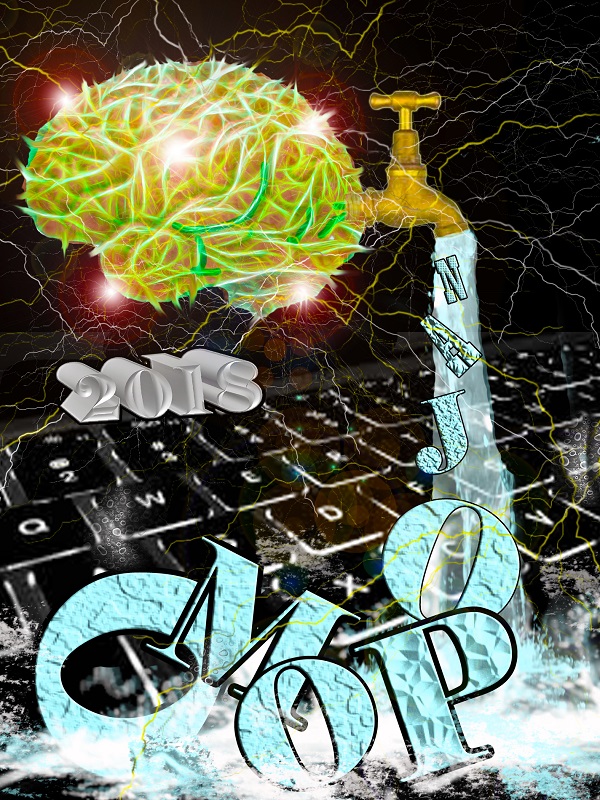 [The story's premise in a nutshell: Ralph Hedspin writes provocative articles for a postmodernist magazine. His December assignment: tease out the diabolic elements in the Christmas season. Will he need an exorcist before he's through?]

I didn't think about Sonia's dream again until midmorning, when my boss approached me with one of his many outlandish ideas. I worked for a speculative magazine called "The Top of My Mind," aimed at erudite readers who wanted to be ahead of the zeitgeist. But not too far ahead, as that would not have been cool.

"Hedspin, our big December issue is coming up," he said. "You have a knack for looking behind the meaning of holidays – your 'What do we have against turkeys?' was a winner last November."

"No kidding," I said, remembering that that one article had made the magazine profitable for the first time in sixteen years. Still, the praise made me wary. I wondered how far afield Mr. Frothspew wanted me to go this time.

The answer, it turned out, was pretty far. "Our algorithm points to the incipient popularity of the diabolical element in Christmas," Mr.Frothspew said. "People are starting to say, 'The hell with Christmas.' See if you can develop that thought in an essay. Who knows, you might win the Gudfernuthin prize again."

The Gudfernuthin Prize was one of the world's best-kept secrets. Only 600 people knew of its existence, and of those, fewer than 100 actually cared. Still, those few had had enough influence to make last November's issue of "The Top of My Head" a best-seller. Mr. Frothspew's grandmother had been subsidizing the magazine for 15 years, and suddenly she didn't have to. Not that she would have batted an eye either way. She was unsentimental enough to have sold stock in her late husband's company six hours after he died.

The Frothspew coffee cup had made a fortune for the Frothspews' company: it kept the coffee warm, but protected the customer's hand from getting burned. A truly useful product, considerably more useful than the family's magazine. Maybe this even proved the scientific theory of entropy.

But pointing this out would have jeopardized my meal ticket. "I will get right on it, Mr. Frothspew," I said.