FWR told the Editor he was going to try to get a photo of Betty, the friendly ghost. Here's his report. 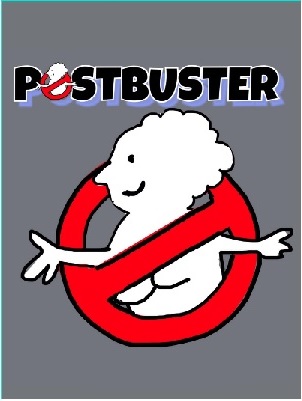 "Me – obviously!" I left my reply hanging in the chilly air as I checked my equipment.

Torch, little Canon (SureShot, not plasma) and a couple of packets of extra strong mints. I'd been off tobacco for years now but am still addicted to bloody mints, may still come in handy. What little old lady didn't like a mint or two?

The Very Big Food Company warehouse was....well....very big ....as I trudged up to the delivery gates.

I was aware the CCTV cameras were following me, swivelling like high-perched electrical white owls (the birds, not the cigars), as I turned around. Counting out paces from a 25-year-old mental map.

"Trees were there. Car park there. The main entrance where the bins are now....so the kitchen would've been....."

"Ahem?" The cough was an obvious question, "Can we help you, bud?"

"I said..." The polite cough replaced with a slightly harder edge. "Can we help you, mate?"

Don't know what your problem is, I thought, just creeping around a large business at three twenty in the morning, dressed in black, with a torch and....ah ok, that's the problem!

I ceased my finger-painting cartography and gave them a smile.

At that moment my irritating propensity for forgetting names decided to join the conversation, "You know, Phil, big lad, not as big as you two, obviously, jeez just how tall are you? Six-six?" 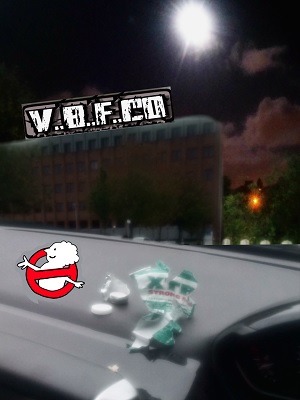 "Don't know anyone called Phil, what do you want?" All friendliness disappearing as the very tall security guards tired of the game.

"I'm looking for where the old Lodge used to be," blank stares, "Old people's home, used to be around here?"

"Whoa lads, just sweets, see?" I carefully held up the green and white packet, not quite sure how to continue, "Look, there was a lady, Betty, she's dead now...well she was dead then too, turns out..."

I hoped the tawnies didn't have audio.

At that point I felt a little like Ford Prefect (the character, not the car) trying to dodge a very large bar tab, wishing I could whip out a Guide ID, that'd do very nicely!

"This is private property. Please leave immediately, or...." The implied threat hung in the air.

"Ok, lads, I've just realised that she'd be right in the middle of your warehouse, anyway, and don't suppose you'd be ok with me mooching around inside?" They bunched together, probably fearing I'd make a break for it and try and force an entry.

Identical defensive shuffling as they rotated to watch me walk back to the car.

"Night, lads, have a good shift!" I waved cheerily as I reversed out. DG would be disappointed.

Up on the roof of the Very Big Food Company warehouse, a figure grinned to herself.

"Pity that, I fancied a chat!"

Reaching into her cardigan, Betty pulled out a packet of mints as she watched the car disappear, tawnies swivelling, to watch it too.....or was that just in my head?