"There you go, boss," another heap of blueprints was dumped on the tables lining the major incident room, Davies cursed. "Why are these not digital?" Bloody city archives were a proper pain.

"Sorry, sir, but some of these go back a few hundred years before laptops! Even the original Williams Tunnels here." His finger traced miles upon miles of caverns, a citywide labyrinth.Red pins in some correlated to known murder scenes, black denoted sites of missing persons and reports of animals being killed or stolen. Greens were the unsolved cases pulled from the archives going as far back as World War Two, hundreds of greens: but how many were a result of the Blitz, he wondered?

The MisPers and dead moggies far outnumbered the known victims thankfully. Davies shuddered at the thought that all those black and green pins could be reds in waiting.

"Great, not only are we hunting a nutter who may or may not be a ghost or a bloody vampire or something, we've got to do it underground – my life is complete!"

"At least it'll keep the press from breathing down our necks?"

"True, sergeant, very true. Right, on that silver lining, let's get these sectored out and give the uniforms the good news!"

"Come on, Brian, stop thee bloody dawdling!" Jamie Parker snapped at his elder brother. For three hours now he'd been out in the rain in the woods around Shallowdale Gill. So far all they had to show for their troubles were three coke cans and a length of rotting barbed wire.

"Sorry, Jamie, I'll finish this later, sorry" Brian, although three years senior, readily accepted his younger brothers lead. He turned his phone off , bookmarking the page he was studying and once more donned his headphones, sweeping the ground with the second hand metal detector, dutifully following two yards behind and to the left.

Chalk and cheese these two. Jamie outgoing and rather brash, dreams of moving to London where he'd no doubt find fame and fortune. But why stop at London? Why not America, Rome, Paris, or even the Far East? Jamie longed for travel and adventure and nothing, not even the cold Yorkshire rain could dampen his enthusiasm. One decent find with his detector, some Saxon gold or a Viking horde would set him up for life, either that or six numbers on the Lotto.

Brian, on the other hand had his life pretty well mapped out, finish six form, go to uni in York or Leeds then spend the rest of his adult life teaching underprivileged kids in the local area. His dream: to be one of the teachers in his local school. A wife, kids and maybe a dog, he'd be happy. Although his lack of ambition compared to his brother was scoffed at, Brian took the teasing, his good nature often infuriating his brother. 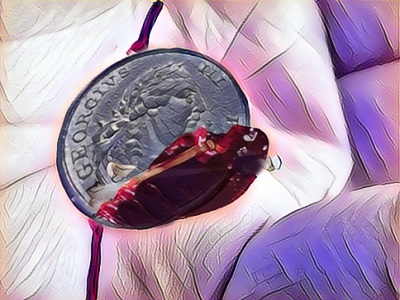 Chalk and cheese maybe, but their love for each other made any and all differences unimportant.

Ahead of him, Jamie held up his hand. Rotating his detector in ever decreasing circles he stooped, taking the small trowel from his backpack, Jamie beamed as he unearthed the ancient looking coin.

Brian ran to him, spreading his coat to keep the rain off his brother's hands.

Rusty and mud-caked, but a coin nonetheless.

"We'd better go to her house, Jame, we promised if we found owt we'd tell her."

"Jeez, Bri!" But Jamie caught the sincere look in his brother's eye, "OK, give us chance to dry off too, eh?"

They made a note of the exact location of their find and set off towards the ramshackle cottage in the woods, slightly spooked as the murder of crows took wing around them. 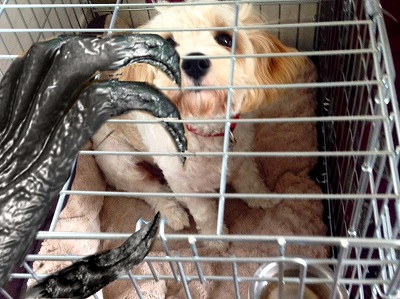 On the eve of his birthday Joseph Williams summonsed the ever faithful Birkett, now his estate manager, and asked him to fulfil a promise made years earlier.

No matter what, Birkett was, upon the eve of his master's fortieth birthday, to seal the cellar entrance. His sole purpose was to ensure the labyrinth remained bricked up and inaccessible 'til his dying day, in return he was given power of attorney over all of Williams fortune, businesses and estates. He would die a very wealthy man.

For weeks the cellars had been stocked. Cages lined the walls. The stench of animal waste made him balk as he walked alongside Williams. Stopping at the entrance way Joseph handed over the notice of entitlement, granting Birkett wealth beyond his dreams. A simple nod and a handshake and Williams walked into the darkness.

Birkett dutifully dismantled the lever and sealed the walls shut. Inside the mansion workmen were already busy walling up the steps and disguising the passageway. Once finished no one would ever know the caverns existed.

Far below Joseph embraced his brother, marvelling as his flesh turned grey and his fingers grew and curled into vicious talons. He tried to talk but only a garbled hiss escaped his razor lined mouth.

Together they turned, the smell of meat now intoxicating from the cages.