Getting away from it all(most) 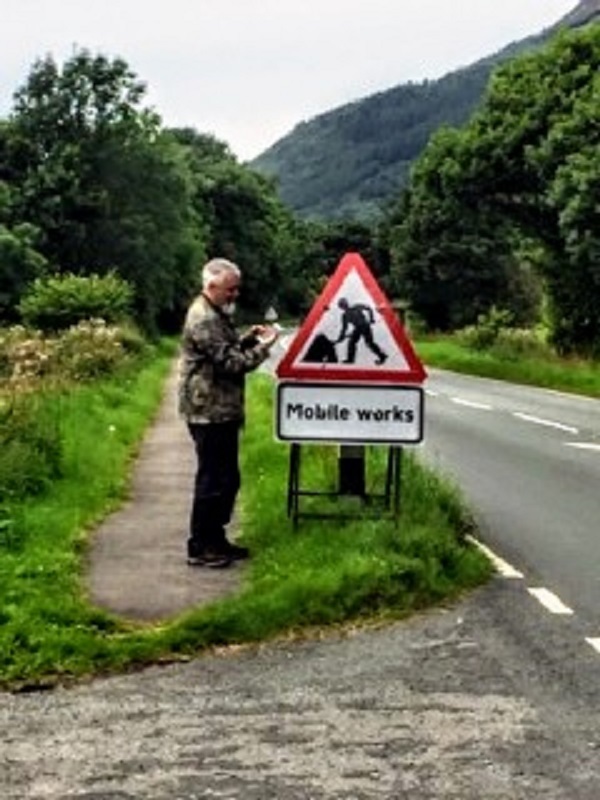 Before we begin, if you happen to be reading this from the middle of nowhere; in the wastelands of the Australian outback, deep within the African bush or are currently surrounded by miles upon miles of grizzly infested American wilderness, I am a townie, not outdoorsy in the slightest, so please keep your comments of 'wimp!' 'til the end. Thank you.

When we were offered a week in my wife's uncle's cabin in the Lakes I was a little anxious. Not with the offer of a freebie holiday, but with the prospect of having to surgically remove the family (myself included) from the Internet. Even more daunting was telling two teenagers that, in addition to no cat videos and online games, there would be no mobile phone signal. None. For a whole five days. Bliss for my wife and me, but Hell on earth for the kids!

It finally dawned on us just how off the grid this place was when the directions arrived. Printed on real paper, informing us in a rather witty manner that the satnav would be useless in finding the cabin as the roads....and I use the word loosely, didn't appear on maps...and rendered further useless as there was no signal of any kind after we left the main "road".

I was slightly amused by the "turn sharp left at the fallen tree" and "follow the left hand track towards the stream, keep the sheep on your left" instructions. "Oh, and bring milk, bread, etc, as the nearest shop is 'some way' away".

My daughter told us it should be actually called the mountain district...actually.

I have never, ever been anywhere as remote. The nearest hints at civilisation a small church, ancient pub and what I found out was a school about six million miles and a few centuries from our holiday home.

Five days of exploring the delights on offer, stunning scenery, lots and lots of messing around in boats, white water tubing in torrential rain and paddleboarding (OK, falling off paddle boards) followed, evenings spent playing cards, board games and generally just chatting were the highlights for me. Even four days of storms didn't faze us, actually enjoyed watching the mountains battle with the clouds.

We did get a signal in the "big" towns, indeed "some way"' away, even found a road sign proclaiming "mobile works" and discovering I had a phone signal six feet on either side! I succumbed to temptation and emailed the Post, pleased with the novelty of instant communication!

Re-entering civilisation was heralded by multiple dings, pings and sundry alerts as our dormant devices eagerly sucked in the five days' worth of data they had missed.

A great week, already looking forward to the next great escape, the wife's surfing the net for activity holidays further afield, poor loves missed the sun. Even the kids were chatting away about how cool it was going back to the wild.....until we got home and both are now happily plugged in again, catching up with the twenty first century.

If you get the chance to escape technology for a week and take the family back in time, I would highly recommend it. Fresh air, exercise and no technology and some actual human interaction isn't actually that painful.

If you are now sitting in your own personal wilderness calling me a wimp, fair enough, oh, and lucky you!