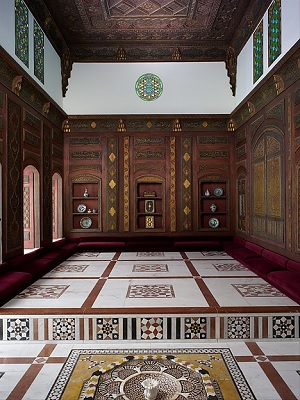 Sitting in a huge departure lounge last night with a dear old friend.

When I say huge, I mean vast, impossibly cavernous. Gigantic cruise liners waiting to be boarded shared space with innumerable airplanes, trains and countless lines of buses. The wall opposite stretched away on both sides thinning to infinity. Every three or so yards a double doored old fashioned looking elevator. Millions upon millions of lifts lined the never ending walls. The place was bright and white. Snow blind white, dazzling but beautiful in every detail.

People of every description filled the open halls. Some trotting off eagerly, keen to reach their destinations, others tearful after emotional goodbyes, others simply wandering around bewildered, looking about hopelessly, lost in the sea of bodies and transportation. Unsure which path to take, unwilling travellers.

Others, and a rather surprising number had chosen to dress in white, stood and chatted. Confident in their surroundings, happily helping the lost, comforting the tearful and cheering on the determined alike.

I sat on an enormous alabaster bench with my friend, remarking on his dapper white outfit.

"Have to dress the part, mate," he smiled before pointing out a lady, also in white, a beautiful smile on her young face, bright eyed and bushy tailed. Strangely familiar in her 1950s style.

The lady twirled around laughing as she threw her head back, catching the snow flakes that flurried around her on her tongue.

"Looks like someone adores Christmas, go say hello?" I was prodded.

Walking up to the snow storm lady, unconcerned that this was apparently impossible indoors, I raised a hand in greeting. The young woman grinned ever more brightly, throwing her arms around my neck and kissing me on the cheeks.

"Don't stay too long. Say your goodbyes and get back home." She kissed me again, whispered, "We love you so much" and was gone, snow flakes and all.

Only after her departure did my mind finally place the face. My grandmother, young and vibrant, enjoying an everlasting Christmas time.

I returned to my friend.

"She's chosen well, suits her," he remarked with a wink.

I began to take the scene in with new eyes, a fresh perspective.

We sat chatting for a while. Playing games with the faces, as Simon and Garfunkel would've put it, taking the Mickey out of everyone else whilst using funny voices would be less poetic but probably more accurate!

Whether doing the Four Yorkshiremen, Ace, Baldrick or Blackadder however, the voices usually ended up sounding like a Chinese Vyvyon with a bad cold, always returning to Rich and Eddie's lines from Bottom for some strange reason.

Either way I enjoyed seeing him laugh so loud as tears streamed down our faces.

The point was, he told me, that his departure was unexpectedly early, mine not even on the huge boards yet. Keeping in touch would be hard, a rant about modern technology especially bloody touch screen phones and bloody iPads.

A quizzical look from me as I was usually bombarded with emails and texts full of awful jokes by him at least daily , if not sometimes hourly.

Going back into Chinese snotty Vyvyon mode he grinned that grin, "Bit harder now, you lucky lucky bar steward!" As he put his hand straight through the laptop that one of the other passengers was carrying.

With that I woke up.

It's been almost six years since I saw Badger. Six years minus twenty odd hours since he left us for that final journey.

Tomorrow's a sad day, but I think I've got the message mate, and I've passed yours on to your lovely family!

The Great Departure Lounge awaits us all. Whether we embark on our onward journeys with hope and eagerness or incomprehension and apprehension, there will always be those willing souls, waiting there to gently guide us on our journey.