Another 'Stop the World' moment.

The Night My World Stopped 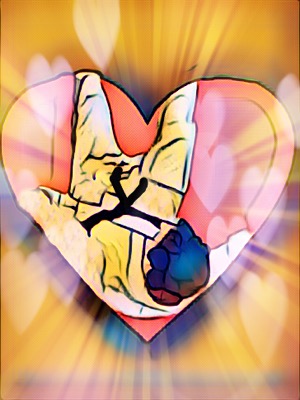 I thought my life at the time, two and a half decades ago, was pretty much perfect.

I loved my job but probably worked way too any hours. My social life was frantic but enjoyable, if rather shallow. Spare time at a premium was spent either roaring around the countryside on motorcycles, partying or training at my martial arts club, though my time spent on the mat had drastically fallen following a hamstring injury a few weeks earlier.


Tuesday night, a bottle of wine and a film beckoned instead of the usual few hours' training and a pint in the pub afterwards. My leg was still not a hundred percent so I'd decided to avoid the club til I was fighting fit.

Then the phone rang. My friend and colleague was taking his 2nd Dan grading in a few weeks and needed extra time to perfect his kata – could I please come to the club and supervise the beginners, nothing physical, just another senior instructor to oversee the lower grades didn't hurt themselves or anyone else whilst he was busy playing with swords?

I must admit I was reluctant, but knew I would need a similar favour in the coming months so the video was scrapped and the wine put on hold til I returned home.

The club was thankfully quiet, two yellow belts practicing breakfalls, a couple of lads who'd only been twice, sporting brand new gis and rather stiff white belts and three orange belts learning the basic wrist twists and locks, so an easy night. I set them up and watched them practice, offering comments and instruction when necessary.

Then the doors opened. Three girls. A quick introductory chat found they were intending to travel overseas and wanted some self defence training. One had beautiful eyes. I explained that we offered women only classes on a Thursday where we taught basic techniques but our club classes on Tuesdays and Wednesdays were an actual martial art. She had a wonderful smile, too. The girls decided to stay and watch to see what kind of things we offered. Those eyes twinkled as I invited them to join our newbies on the mat and have a go at the very basic stuff. That wonderful smile thankfully agreed.

Twenty minutes of instruction later and I left those eyes. . .erm, I mean the students, and went to answer the questions some of the higher grades had about their upcoming grading. A few techniques needed a quick run through, my leg holding up rather well as I demonstrated.

Happily, they were on track I returned to the newbies. They had been watching the demo and begged to be shown one of the techniques. My goodness that smile was fantastic. Pleased their enthusiasm had been stoked I agreed to a slow 'walk through' of one of the higher graded techniques, careful to emphasise the need to move almost in slow motion in order no one got hurt, in any case I would play the attacker just in case one of them got a little over enthusiastic!

I borrowed on of the higher grades and performed the technique at full speed, then broke it down into slo-mo sections, each movement being freeze framed and the consequences explained. All good, we began the walk throughs. Those eyes filled my mind. Bowing to each other we began.

Every new student usually sees the full speed technique, practices it at ultra slow speeds before mastering posture and movement, finally being allowed a proper run at full speed. Most make a complete hash of their first attempts and realise the need for practice, practice, practice. That's what kata's all about.

I dutifully offered myself up as would be attacker and smiled my way through the first couple of ham fisted attempts. Encouragement and praise for a good first try.

Then the girl with the eyes and the smile. It turns out she had very quick hands and an attentive mind too, as I was soon wrist locked, off balance then sailing through the air to land flat on my back, slightly winded despite my automatic breakfall deploying.

I looked up at those twinkling eyes, that gorgeous smile and asked the only question my fuddled mind demanded an answer to. Nothing at all to do with martial arts but so very important.

My world stopped that evening as that perfect girl with the killer smile and twinkling eyes, my future wife and the love of my life, said yes!