I am an atheist, and therefore I don't believe in anything 'supernatural'. Ghosts, the paranormal, angels, and demons, may exist but they exist in the real world and there are real world explanations for them. Not that I am claiming we have the explanation, but that we will have, one day.

My friends ask, if I have no belief in ghosts why don't I prove it by spending the night in the local graveyard. I respond that I will refuse the challenge, not because the spirits might rise from the graves but because I don't fancy being hassled by drug addicts or the homeless.

But just once I had an experience which genuinely made my flesh creep, my skin go cold, and the hair on my body stand on end. I was in bed, and had been sleeping for some time when I was awoken by a noise. It was not one of those dreams where you wake in the dream but not in reality, which are pretty scary. I was genuinely awake.

And the noise that awoke me was the sound of someone playing the piano in my lounge. It would have been even scarier if I hadn't got a piano in my lounge, but I did, so the terror factor was somewhat reduced. I walked downstairs, the music became louder. I was by now very scared and thus I cannot make a rational judgement as to the technical ability of whatever was playing the instrument.

I knew the house was locked tight, the lounge door was closed, no light showed under the door, and as I silently opened the door every hair on my head was standing up. I leaned in and switched on the light. The music continued, now a rag time rhythm. I entered the room. In a matter of micro seconds I noted that no-one was sitting on the piano stool. 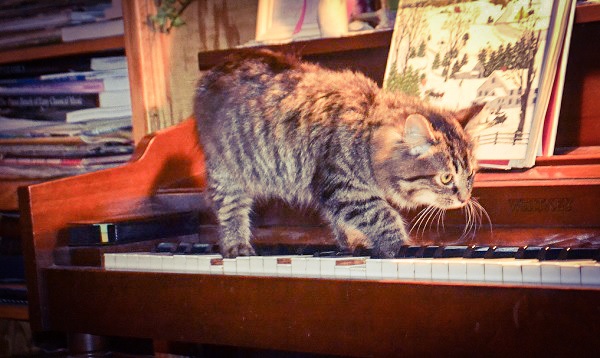 I looked at the piano. Dancing across the keys, to its obvious enjoyment, was. . ..my damned cat.

PS: Here is the cat in question. The author writes, 'She has gone now and maybe is taking lessons from Ludwig himself.' 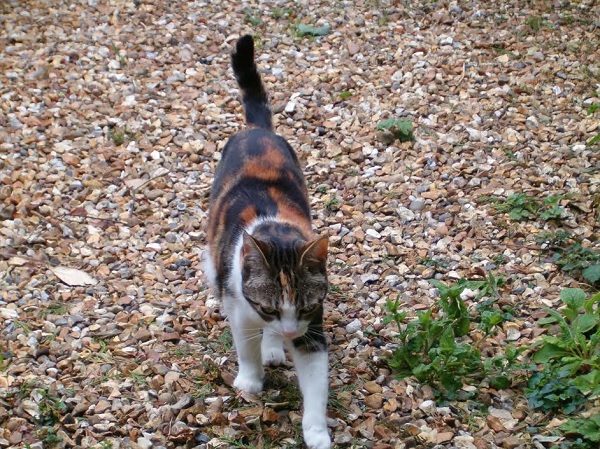