The story of a monumental trip.

This is Part 2 of an I-don't-know-how-many-parts recounting of our trip this summer. For Part 1, see here.

Drove a lot, stopped at Trader Joe's in Bend, Oregon, and camped at Chukar Park Campground near Juntura, Oregon, just outside of the Pacific Time Zone1. Our campsite was right next to the creek, and the window and roof screens in the tent did not have no-see-um fabric2. I taste really good, even with DEET repellent on, evidently. Pulling in just as the sun is setting doesn't exactly reduce the amount of mosquitos around when you need the tent open to get the sleeping bags and such in, either. 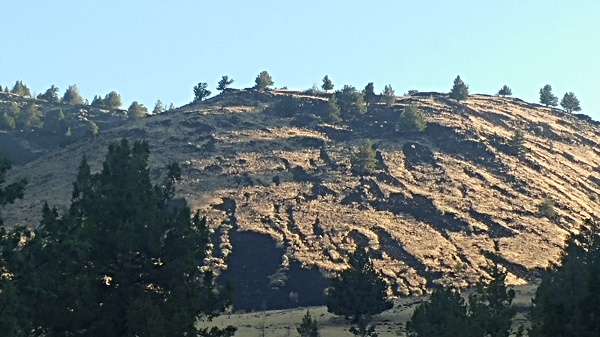 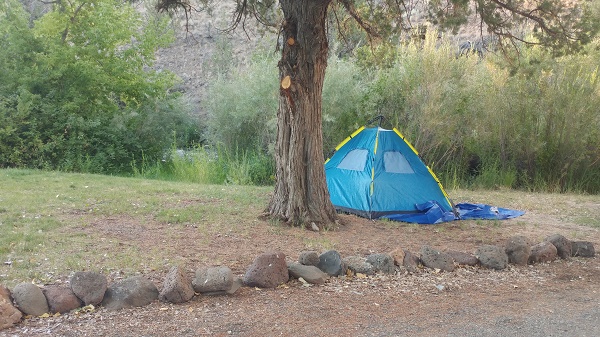 Ah, the joys of camping when you'd really rather be wearing contacts instead of glasses. The added joys of tent camping on the cheap, so that the bathrooms are pit toilets and the drinking water comes from a freestanding faucet. Luckily, most of the gas station bathrooms I used to put my contacts in were actually quite nice. Normally, when we camp, I just wear my glasses, but I wanted actual peripheral vision when we got to Yellowstone. Vanity may have also come into it, as I was going to be meeting people I'd known for most of my tenure on h2g23. 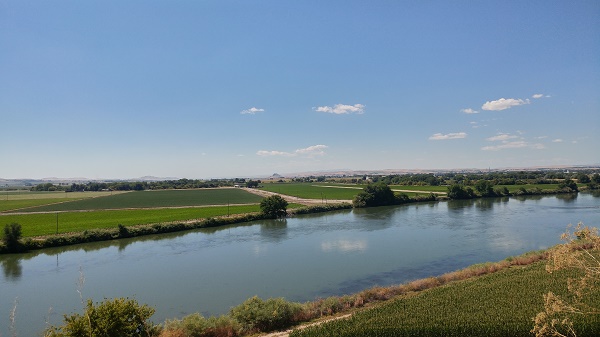 I do have to say that the Snake River rest stop in Idaho, where we stopped for lunch, is really nice – covered picnic tables, free wifi, and a beautiful view. While utilizing all the amenities, I learned that the peak of the Perseid meteor shower was that night, and that it was predicted to have a higher density than usual this year. I also learned, through a YouTube video, that the free campground we were going to be staying at was treeless. We would have to wait until moonset, though, as the moon was nearly full – moonset being after 1am. We ended up setting an alarm for 1am, and the girls and I got out of the tent and watched the dark clear sky for an hour, catching several meteors and admiring the Milky Way in between4. Tom woke up around a quarter to 2 and simply lay with his head out of the tent flap. He was warmer, and got more sleep5, but we got to see more meteors

Before we arrived at the campground, however, we passed through some gorgeous country, with breathtaking views.

Less wonderful was the fact that Notepad's shoes decided to fall apart. They were the only shoes she'd brought along – mostly because they were the only suitable-for-camping shoes she hadn't grown out of. And, of course, we were planning to do a good bit of walking the next day...

You didn't think these were all the pictures taken by the Paperclan for this span of time, did you? Find these and more in Amy P's flickr collection.

1'Twas kind of cool watching the phones all change time by themselves – less fun trying to remember how to change the car's clock.2To be fair, nowhere in the tent description was that claim made.3As I told PaperKid, I've known Marv and GDZ since before she was conceived!4Though we have actually seen the Milky Way brighter from our own yard, just last winter. It's not often clear here, though, and the sky was much bigger at the campground, since our home is surrounded by tall trees.5Which, as the driver, makes sense...