It's that time of year again: when the Post roams around h2g2 and steals Stuff. No journal is safe from us…

We discovered Gosho in revelatory mood. So that's what h2g2ers do with their free time? Social scientists, take note.

What a Poxy Day 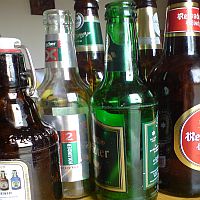 Around 1pm my interwebs went out. Again. That's the fourth or fifth time in the past month, usually sometime in the afternoon. Who knows how many other times it's gone out while I've been at work. On a couple of occasions I've called the ISP, worked my way through the phone menu to get to tech support, and been given an automated message saying (to the effect of) we know there's an outage in your area and our support staff can't tell you anything about it so don't waste their time by whining about it.

It came back on about three hours later, but during that time my electricity went off for about five minutes as well!

So around 3.30pm I decided to sit down with some Peter O'Toole and get drunk. I could have gone with Lawrence of Arabia or The Ruling Class. Given that Lawrence is nearly four hours long while The Ruling Class is a mere two hours, I went with the latter.

What a bloody good film that is. Peter O'Toole at his best, but Alastair Sim and Arthur Lowe steal the show. Hard to believe in a film with O'Toole, but they manage it.

But despite drinking some high-octane beers (and a few others that are less potent) I have yet to get more than slightly elevated.

Now I'm watching a film I haven't seen for many a year –   That Sinking Feeling.

Despite being made in 1979, two or three years before the advent of Channel 4 it bears all the hallmarks of those early Channel 4 and Film on 4 years. Sadly though, this is a dubbed version, with Scottish accents somewhat modified from the original to make them easier to understand.

And I'm still not drunk. Time to get onto the hard stuff.