How much fun can you have with quadrilaterals? Loads as it turns out. 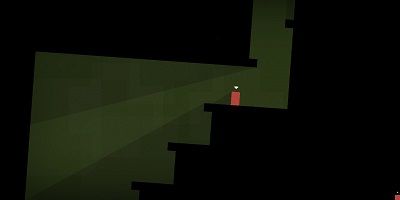 Thomas Was Alone is a 2D side-scrolling puzzle-platformer and has been released in a variety of formats since it's 2012 opener as a flash game. Narrated by Danny Wallace, for which he a earned a Game Performance BAFTA in 2013, it follows the adventures of a red rectangle, Thomas (the one at the top of the screen) who has suddenly become self aware. 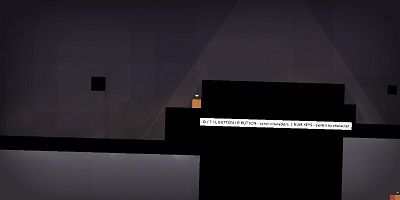 During his travels he discovers that he is as good at jumping as he is at falling and meets other quadrilaterals each with a different skill that will allow them all to travel safely through the world. First up is Christopher, a small orange square. He can jump, but not as high as Thomas and he rather hates Thomas at the beginning but because of his lack of stature he can enter smaller pathways, which will come in rather handy.

Next up is John, a tall yellow rectangle with rather exceptional jumping skills, both in height and length. 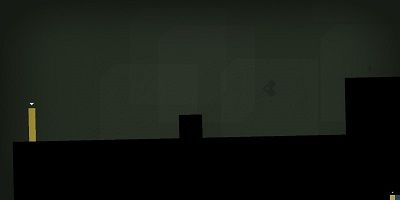 The fourth character to join the game is Claire. She's a large blue square who finds it difficlut to move arond on land and cannot jump very high, she does, however, have the ability to float, which none of the others can and so can help them traverse areas with toxic water. 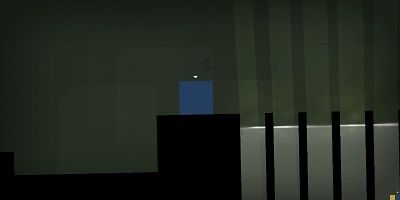 Laura is the next character we meet, she's a narrow, pink, horizontal rectangle, despite her rather poor jumping ability she is able to be used as a trampoline to aid others to jump higher. James is the next one and, like Thomas, he is a rectangle, but green with reversed polarity meaning he can walk on the ceilings, allowing others to reach areas that could not have been reached previously. Finally we meet Sarah, a thin squat purple rectangle. She can jump the highest of all of them, having the ability to double jump and as the smallest of the group can reach areas the others can't.

The game isn't very long, clocking in at about three and half hours, but it sure packs a lot into those hours. Travelling through the world in search of The Fountain of Knowlege with a variety of different shapes with hugely differing personalities is an absolute joy. The narration's not half bad either. I'd suggest if you have a Steam account or an Xbox one, you'd be daft not to pick this one up.