A last-minute Christmas song entry. Some people have all the talent.

A Holiday Song by SashaQ 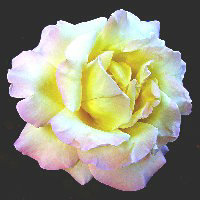 I've not really been a fan of Christmas pop music since the early 1990s, as I'd heard most of the songs so many times by then, even though some of them are quite good as tunes – I am a bit of a fan of Wham, for example, and of course Queen's Thank God It's Christmas is one I own, plus it tends not to be played too often in shops etc so is a bit fresher in my mind.

However, at Christmas there is other music that is produced, and that is generally much fresher as it gives a flavour of the festive period without being overplayed at this time of year.

One of the pieces of Queen trivia that I am most proud to know of is that two of the UK Christmas Number One song slots is taken up by Bohemian Rhapsody! Now that's what I call music for holidays – and any time too.

Another song which is festive but not festive is my current favourite song – The Power of Love by Frankie Goes To Hollywood. Not a holiday song as such, its video was made seasonal – depicting the Nativity – as it was released in November 1984 and went to Number One in the chart in December, although it couldn't compete with Band Aid's Do They Know It's Christmas for the Christmas Number One slot that year. Some of the lyrics fit to the Nativity story OK, as the song includes words about love cleansing the soul, but others are not right.

The lyrics in The Power Of Love that speak to me the most are the ones about powerful love for ones soulmate – undying death defying love... divine divine... beautiful... – and the official music video isn't suitable to portray that, so I prefer the recording at Top of the Pops, where it is just the band on stage and the lead singer Holly Johnson looking the camera in the eye and singing the song to us.

This Holiday Season, I was inspired to create my own recording, so I enjoyed playing the melody on my keyboard and then indulged myself with making a video. I particularly like the video, even though I do say so myself, as it includes my favourite scene generated by the Microsoft Movie Maker – my pastel picture inspired by me and my darling is animated by the program and it looks like lovely romantic dancing.