It's all fun and games on the ISS 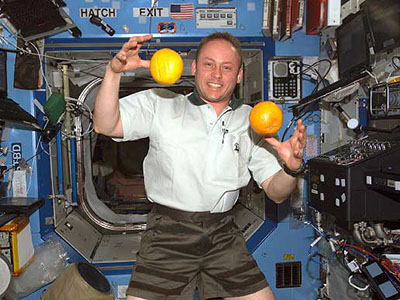 We all have problems throughout life and most can be sorted out and or coped with. But on the International Space Station, a small problem can be a very large problem. You can't just call an electrician/plumber etc.

So here's my warped view (and other contributors) via one of my journal entries of some of the problems that “could” arise on the Space Station...

Aw no!! JUNK MAIL! even up here

WELL! get a wet-wipe and go space walk and clean it off then

Nah! Astronaut! But that first step out of the International Space Station is a real doozy!

What about the solar wind ? ….....clever bugger

Well! on the next supply craft that's due, there's an order for rolls of draught excluder ?

Can someone tell him that we're on the dark side of earth ie! it's night time

A week at the International Space Station Simulator at N.A.S.A.

THAT'S cos you've trapped his air-hose in the decompression door!!