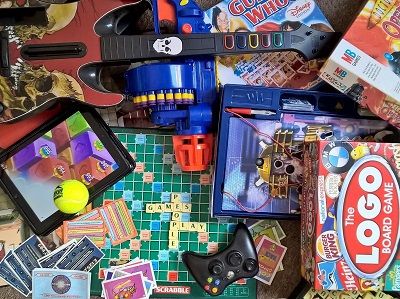 Games are all around us.

Children start playing them early - peeking from behind a chair to see if Mum's watching, hiding behind the thinnest of bars on public transport and wondering whether someone else will join in.They say old-fashioned games like hopscotch are going out but I bet most parents have played I-spy with their children on long journeys.

At school, Games become compulsory. The horror of having to wear a brown leotard and walk across a high beam has never left some people.

What constitutes a game differs from person to person. We have Larpers among us, freaks, geeks and some normal bods who just play whist.

Tell us about your favourite games.

Or the ones you hated most. 2

You know the drill folks, but if by some small chance you don't, we'd love some poems, stories, entries, pictures. Find that space, fill it.

I know what games I play, how about you?

1Create does not know anyone that does that.