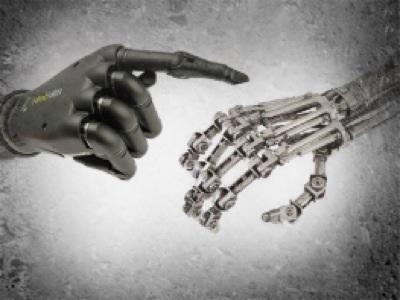 Spirit of the Age - Hawkwind

Yeah, maybe cryogenic suspension hasn't happened yet, but take a look at some of the things that Science Fiction has predicted.

Thanks a lot Science Fiction, we're all now up to our eyes and beyond with technology. Do you like what we've become? Or are you more of a Luddite? Would you like to be attended to in hospital by one of Robert Heinlein's Flexible Franks1 Have you read or watched something and thought, "Yeah, that'd be a great (or very bad) idea"? Then tell us about it, in words, in pictures, using the technology we currently have, of course.