Game of the Month: A Tale of Two Detectives 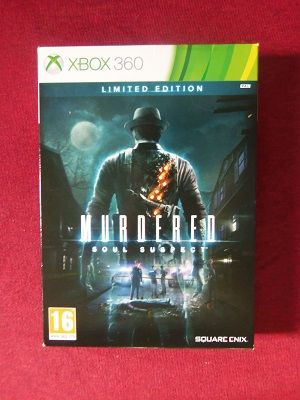 This month I have been mostly playing detective. First up I was Sherlock Holmes in Crimes and Punishments. In this game, you play through six different cases inspecting walls, dead bodies, plants, trains and a huge variety of other things to reach a variety of different conclusions. Only one of these will be the correct conclusion, but in order to fully complete the game you also need to jump to the wrong ones as well. In another twist you can decide to absolve the criminal or condemn them, it doesn't matter which one you choose, but I'm a compassionate sort of gal, so I chose to absolve every one. Most of the action takes place in London, but you do get to travel to Doncaster, Evesham and Chesterfield for one of the cases. Some of them are quite long, but there are a couple of smaller cases as well and the game auto saves regularly so you don't have to worry about leaving a case part way through. There are a variety of mini games as well; picking locks, throwing harpoons at (already dead) pigs, walking over rope bridges and conducting experiments at Baker Street. You even have to prevent a couple of suicide attempts. You even get to play as Sherlock Holmes' dog, Toby and sniff about looking for clues.

The game is superb fun made even better by a wonderful glitch which occurred during the second playthrough 1 the Kew Gardens case. We were looking for the Divine Syndicate and spoke to a man there doing Tai Chi, when we played it the first time round the sedate music of that area stopped as soon as we left, however, on this occasion it continued and we had a lovely scene back at Baker Street with Dr Watson doing Tai Chi in front of the window. Oh, how we laughed. I was quite sad when I finished it because I'll have to wait ages for a new one. if you haven't played it, I urge you to do so - see if you find that glitch as well.

Next up was an altogether very different kind of detective and not just because he gets killed right at the start of the game and returns as a ghost. In Murdered: Soul Suspect you play the role of Ronan O'Connor searching for serial murderer, The Bell Killer, who also just happens to have thrown you through an upstairs window and used your own gun to finish the job on the street below. As a ghost you learn that there are some things you can walk straight through and others that you can't, like closed doors which seems a bit odd, but it works. You are also told both by your dead wife and another ghost girl that in order for you to pass over to the other side you need to find this killer. You are aided, somewhat reluctantly at first, by young medium Joy Foster, that's the closed door issue solved right there. As well as the main case there are a variety of smaller investigations that you can do to help other ghosts pass over and there are plenty of collectibles to gather, some of which you *can* miss as the story progresses. When you have a full set of these collectibles you are treated to small scene which gives you some insight into the town, Salem. You also learn a variety of 'Ghost Abilities' which allow you to reach some of the areas where the collectibles are. You even get the ability to possess cats as well as humans, which comes in quite handy.

Another superb game, wonderfully crafted game, with only one minor drawback - on my first playthrough, I'd missed some of the collectibles. Usually this wouldn't be a problem you play it through the game through again, use a walkthrough, collect everything, and see all the cut scenes. Only you don't with this one because the game 'remembers' what you had before, so when the cheevo2 pops to tell you have got everything you won't get the cut scene. I suppose I could have deleted my saved game and tried again, but I couldn't be bothered.

So, two rather excellent games and 2000G for Magwitch. Result. That's it for this month - I wonder what December will bring?

1I'd missed a conclusion or two the first time I played that case.2Or Trophy