The age-old question is, 'Where do you get your inspiration?' How about from print or online sources? A chance encounter with an event, proposal, or opinion can be a springboard to a story of your own. The lovely little science fiction film Safety Not Guaranteed was inspired by a joke ad a print publisher once put in his sci-fi zine for time travellers. (He got over 100,000 replies. Such is the power of an idea.)

The exercise I'm going to propose to you is using social media to get inspiration for a story. Here's how it works:

1. Do you know Reddit? It's an app thingy, but you can find it online with your old-fashioned computer. Google this phrase:

Glitch in the Matrix

Take the first hit. You will find the current Subreddit thread for Glitch_in_the_Matrix. The contributors are geographically similar to h2g2ers: Brits, Canadians, US people, Australians, for the most part, but also some folk who say that English is not their first language.

2. Browse the quirky stories. Glitch participants report puzzling occurrences in their lives. They may be Fortean phenomena, or examples of apparent violations of the laws of physics, mysterious voices, precognitive episodes, or just plain weird Stuff. Ignore the teleporting cats. The Glitch people have determined that all cats can teleport, and that this fact is banal. What they are looking for is evidence that our reality, essentially, functions like the Matrix movies – that is, they're looking for continuity errors. If they find one, they write, 'Hello, Neo,' to the reporter.

3. Choose a story that appeals to you. Another term for 'glitch' is unerhörte Begebenheit, which is German. In the early 19th Century, storytellers used these to start their novellas. A doll talks. A scientist builds a monster. A baby can fly. You get the idea. Pick one of these Glitch ideas to work on.

4. Develop the idea. Don't worry if the story in the thread is unexplained. Don't ask yourself if you believe it. Just make up your own explanation. The event could turn out to be life-changing, or paradigm-shifting. Or it could turn out to be quite real-world ordinary, but lead to something else. You decide.

There you have it: a ready-made source of public domain story ideas. Not ripped from the headlines, but snatched from the typing fingers of social media addicts. By the way, you might find Glitch in the Matrix addictive. I do. Those intrepid researchers into the uncanny make me smile. I love to imagine my own explanations for what might have happened. I don't post, as I'm content to lurk, but I privately wish them all the best of luck in their search for the truth – which may or may not be out there. 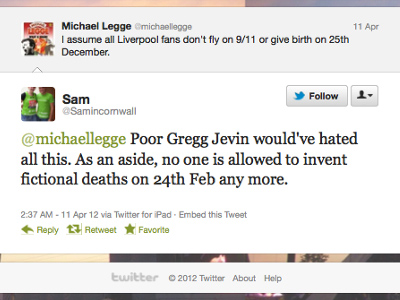