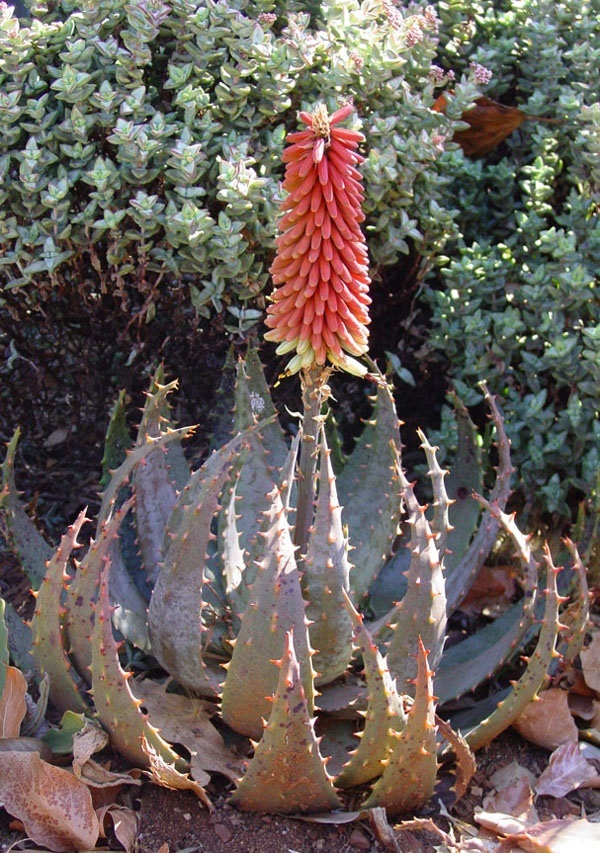 Wintertime in South Africa is dry, but not particularly cold. My garden gets hardly any frost. I make a point of having lots of plants that flower in the winter, attracting nectar-drinking birds as well as insects. Aloes, especially, are a major food resource in the winter, and are visited by many birds not necessarily thought of as nectar drinkers, such as weavers, bulbuls, orioles and woodpeckers. My first photo shows an Aloe peglerae, a small species with a compact rosette that remains at ground level. This is a rare species, confined in nature to the Magaliesberg region. Many succulent enthusiasts have removed plants from the wild, substantially reducing the population. I've grown mine from seeds.

The next shows Aloe mudenensis, a medium-sized species. This one comes from Kwazulu-Natal, and though it has a limited distribution, there are still many left. It develops a short stem and rosettes reaching about a metre in height. The flowers are borne in compact heads at the tips of a branched inflorescence. They vary in colour from yellow to red, with various intermediate shades of orange and pink. 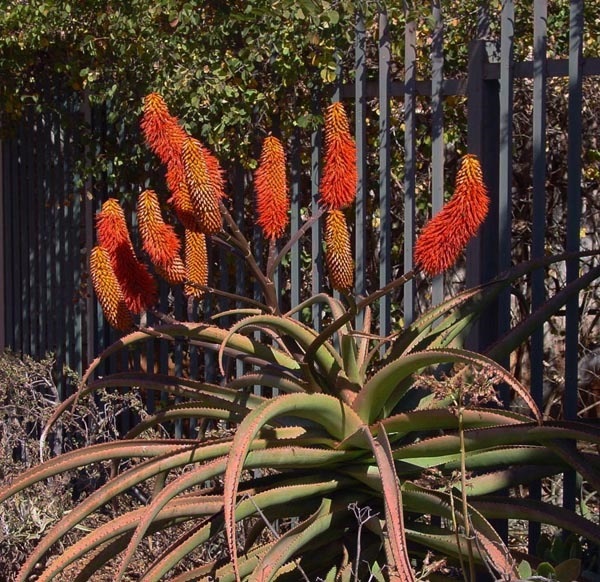 The third photo shows an Aloe rupestris, one of the largest aloes, reaching 8 m/27' in height, although mine is still small! It has bottle-brush-like flowers emerging in branched heads. This species is also rare in South Africa, found only in the warm far eastern regions. This one and the previous one I grew from seeds as well.


To see some of the invertebrates attracted to Willem's winter flowers, Click here.