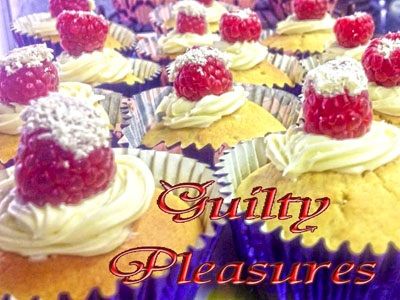 As it’s a bright September morning and there’s nothing I need to do urgently, I catch the train to Brighton and go shopping. I take my notebook with the intention of doing some people watching.

Brighton is a good place to catch the idiosyncratic. When I was walking through the North Laines a few days ago, I saw a man wearing a hairy ape suit and trundling a keyboard on wheels. Maybe he was taking part in a show, although that seemed improbable at 10.15 in the morning; more likely he was involved in a charity fundraising event, or the promotion of some product. That’s part of the fascination of people-watching – you can gather a certain amount of information from a person’s appearance and make wild guesses about their stories.

I sit at a wooden table outside an open-air coffee bar in front of the Churchill Centre. A grey pigeon pecks on the ground at my feet. I wonder if people-watching with a notebook has its hazards. At a neighbouring table sits a bald man with a bushy brown beard and sunglasses. I fancy he eyes me suspiciously as I start scribbling in my notebook. Does he have something to hide, maybe from the Department of Work and Pensions, who are on the lookout for people skiving when they should be job hunting?

When I go guessing at people’s stories, I shouldn’t jump to conclusions. I glimpse a young woman in a wheelchair with a facial deformity – a jaw that juts out, fringed with hair. I know nothing of her background. She might be taking a well-earned day off from a job in a call centre, but what does a deformity like that do to a woman? And what is the role of her companion who pushes the chair - is she carer or sister?

There are three young women sitting at an adjacent table. Two have infants in buggies and the third has a little girl sitting on her lap and drinking a milk shake out of a plastic cup. The three young mothers are chatting and smoking. Now as a mother, I want to implore them not to smoke over their kids, but as a people watcher, I’m only observing, so I assume these are three friends who’ve come to Brighton on a shopping spree.

It is less difficult to guess at the stories of some of the other passers-by. A young couple wander past. She wears a black and white striped dress with a low back; he carries a red rose. It’s easy to imagine a romance and the gift of a rose. A young man walks by, pushing a touring bike and wearing an orange jacket. I might guess he’s on a cycle tour of England, although he could have come from almost anywhere in Europe.

Brighton has its dark side. On the way back to the station, I pass a shop doorway in which someone has left a sleeping bag, a roll of clothes and a brown bag with a few coins in it. There is no sign of the owner, and although I might speculate about a history of mental illness, alcoholism or drug addiction, I could be wrong. People watching has its limitations. It can only give me a few physical details. The rest of a person’s story has to be researched, imagined or – best – learned from the individual concerned.