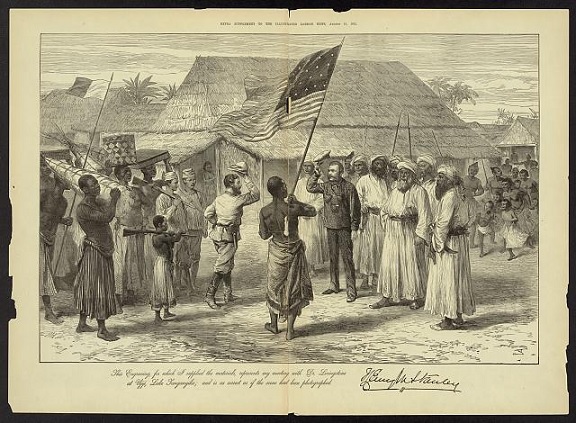 Did Stanley really say those famous words? Who knows? Probably not. Stanley was a newspaper reporter, and the quote made good copy. Livingstone, a missionary and explorer, wasn't too interested in the legend part. So the quote became a catchphrase. Very 1872, that: not as catchy as, say, 'What's up, doc?'

Why was Stanley looking for Livingstone? He wasn't lost. Yeah, but the newspaper needed a story, and Stanley was dying to get out there and explore. So he and 200 porters trekked across 700 miles of jungle, lost a lot of horses to tsetse flies, etc, just to shake hands in Ujiji. Big news in 1872, when the story hit the newsstands.

What did they accomplish? Livingstone and Stanley both mapped a lot of territory. Livingstone also doctored some folk. European interference in Africa did an enormous amount of harm1 – part of why Livingstone wasn't talking to the rest of them – but the river maps probably helped those who came after, when they wanted to assert their independence. After all, it's useful to know where you're going.

Anyway, they did meet, and it was headline news, and what you make of it is up to you. Want to read Stanley's version of the story? Try his autobiography. You can also read excerpts from Livingstone's personal correspondence, collected by a family friend.

1That's a massive understatement, we know.