Have a close encounter with a Famous Person. Right in the park.

Einstein Among the Holly 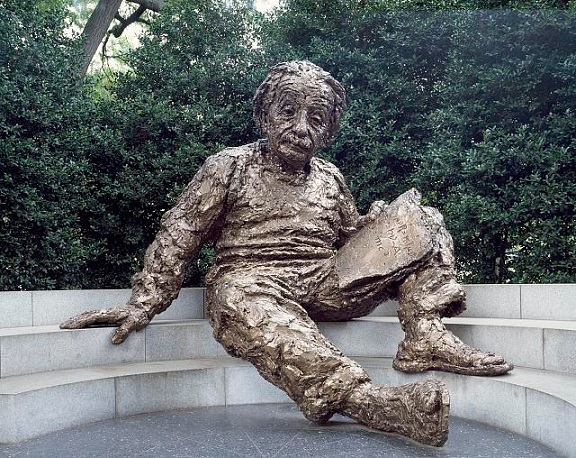 He looks so lifelike, doesn't he? But pictures can be deceiving. This casually-posed image of Uncle Albert is larger than life – 12 feet tall, and weighing 4 tonnes. It's located on the grounds of the US's National Academy of Sciences in Washington, DC. Sculptor Robert Berks modeled the huge bronze likeness from a bust he'd made in Princeton when Einstein was alive. The statue was dedicated in 1979, the centenary of the physicist's birth.

Somehow, this statue is a fitting memorial to a man who taught us all how to see the universe: as both monumental and familiar, mysterious, yet susceptible to understanding. He sits, surrounded by his papers, in the midst of the holly on the grounds of the institution of which he was a treasured member. If you're there, you can go and talk to him.

Maybe he'll give you an idea or two.