With the Ghia under attack, only one man and friends can save the planet

This week rather than bore you rigid with endless plot details, I thought I'd show you some of the characters in one of my all-time fave video games, Final Fantasy VII.

As you might expect, there are some very memorable encounters in that game, and I'd like to tell you about some of them 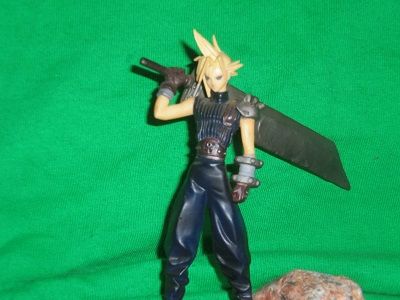 The first picture is that of Cloud Strife, Ex SOLDIER and member of AVALANCHE, a group of people dedicated to saving the Planet from the evils of Mako energy. He has hazy memories of times past, but ends up leading a rag-tag mix of fighters and magic users in an effort to save the Planet 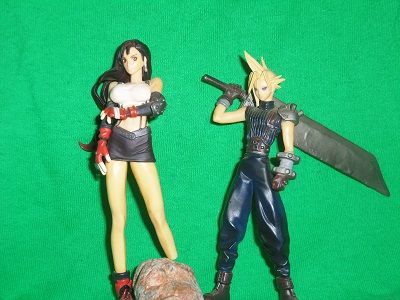 The second is Cloud and his childhood friend, Tifa Lockhart. At the start of the game she runs a bar in Midgar, which doubles as the secret Headquaters of AVALANCHE. She might look like quiet but, boy does does she have awesome fighting skills 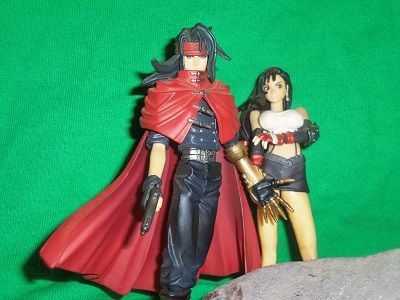 Next up, we have Vincent Valentine. A man of few words, but each one a gem. He was subjected to a series of bizzare experiments and has the ability to change into monstrous forms. Although he's a playable character in the game you have to find him but if you don't it doesn't change the main story. There is one other 'missable character', Yuffie Kisaragi, but if you travel through enough forests you'll end up fighting and defeating her and she'll join you. 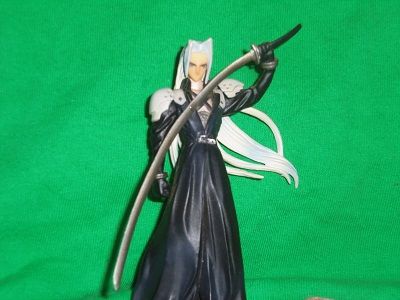 The fourth picture is the 'Big Bad' of Final Fantasy VII, Sephiroth. It's unknown when Cloud first encountered him, maybe as fellow SOLIDER member and Commanding Officer back in the mists of time, or maybe not. In any case, Cloud is destined to fight him to the death in a really satisfying and rather lengthy, end of game Boss fight. 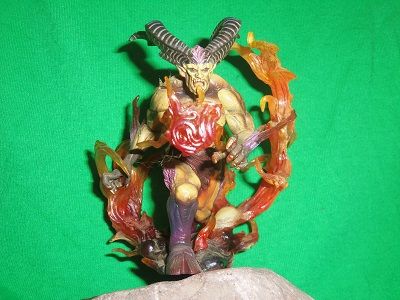 The last picture is that of Ifrit, a summonable character in several Final Fantasy games. This one is slight cheat, however, because it's the version that appeared in Final Fantasy X. He changed appearance in each game but always fought with fire magic. In VII you had to fight a really tough Boss aboard a ship called Jenova BIRTH to acquire him.