FWR tells us about one of his most Memorable Encounters 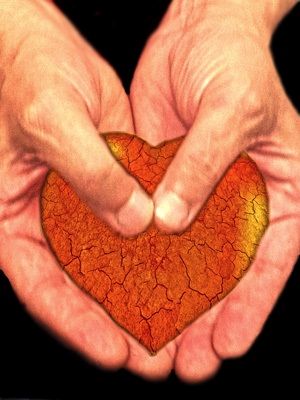 "Life's a beach isn't it mate?" John gave me that lopsided grin as he threw the cigar butt into the torrent of rainwater coursing down the gutters. The miserable weather reflected my mood perfectly. "Come on bud, I'll take this one but you get the coffees after, ok?"

I slammed the doors and trudged behind John.I smiled despite my mood and prepared myself for the ritual, every time the same routine. He popped an extra strong mint. Checked his tie was straight, undid the coat and tucked his cap under his left arm, top outermost, brim aligned perfectly forwards. A quick scan of his notebook to refresh the details; Emily Robinson, 32, W/F, M6 Northbound driving a red Chrysler = contact details for the hospital and local Police traffic officer I/C ; and then a deep breath and clear the throat before four firm knocks on the front door frame (even if there was a bell or knocker).

The house was one of those sixties maisonettes that had a council green half frosted door that led directly onto the living room or kitchen depending on which side of the semi it was on.

Even standing on the porch in the pouring rain I could hear the lady chatting over the noise of the electric kettle and a radio playing Christmas hits.

I always hated that side of the job, reports of sudden deaths, or bereavement messages were dreadful things to deliver, more so if there were children involved but even worse on Christmas Eve of all days, God has a bloody sick sense of humour sometimes.

The middle aged woman answered the door, head crooked, propping a telephone between shoulder and ear, she gave us a sad smile and welcomed us into the stiflingly hot kitchen, smells of mince pies and gingerbread made my stomach lurch.

"Yes Nurse, you have a good Christmas, thank you so much for all you've done, no I'm ok honestly, and two Policemen have just arrived. Yes they were quick weren't they? Bye, bye, yes I will bye".

She turned towards the rather noisy kettle and placed three mugs on the counter, "Tea or coffee boys?" busily wiping nonexistent crumbs from the counter, "and there's fresh biccies and mince pies if you'd like"

John, as promised took the lead, "Mrs Robinson, a cuppa would be lovely, why don't we sit down and my oppo here will make us a brew eh?" with that he led the lady through to the living room and settled in to give her the bad news.

She interrupted him immediately,

"Don't look so glum love" she gave us that sad smile again, "That was the hospital I was talking to, looks like they've beat you to the punch-line!"

"Ah well they're supposed to wait until we've been but I suppose different areas have different ways of doing things, sorry for your loss, you ok love?"

"A bit sad she never got to see another Christmas, she always loved this time of year, all the cooking and old films on the telly, but she'd been sick for so long officer, we all knew it was coming, just didn't expect that phone call tonight that's all", she wiped a stray tear with her cardigan sleeve, "Now where's that tea?"

As she went to stand John gently put a hand on her arm, "I'm sorry to have to ask this honey, but should, erm, Emily, should Emily have been driving if she was so poorly? It's just they'll have to find out exactly what happened?"

The lady laughed. "Goodness no! She didn't drive at all, she's been bed ridden for the last two years and never learnt before that, couldn't afford a car so why bother when the bus stop's only on the corner, real old fashioned that way!"

We both flashed each other a sickened look, Oh Jesus, not on Chrimbo Eve surely.

"Can I just ask if anyone in your family drives a red Chrysler motor car love?"

Now it was the woman's turn to look sickened, "My Daughter Em, Emily after her Nan, she's on the way up from Gloucester for the holidays with me and her Nan, have to give her the bad news now, poor love....why ask that?".

"In that case Mrs Robinson I am afraid I have some bad news to break, please sit down honey".

John did indeed break that awful news to that poor lady. Having lost her mother and daughter on the same Christmas evening within hours of each other, we stayed as long as we could; asking if there were family members or neighbours who could come over. There turned out to be a brother in mid Wales some two hundred miles away who was more than willing for Mrs R to stay, but neither drove or knew anyone who would be willing to travel that night, given the date and also the awful weather, too late for public transport too.

That was when John told the lady that when we finished work at eleven pm, he would drive her down in his car, make sure she was safely with her brother and then drive back in time to see his family for Christmas dinner. And so he did, driving through Christmas morning in terrible weather for the sake of a complete stranger, a true gentleman with a heart of gold. He kept in touch with that family long after he retired too.

John passed away several years ago; he died peacefully, with his family present, probably on purpose knowing him, just to spare some other poor young Bobby the horrible job of delivering the news.

See you on the other side mate, get the kettle on.