I am not a gardener, if it’s green I can usually kill it, but a few years ago a green fingered friend gave me some seedlingy things. “Just be patient, they’re indestructible, don’t need any care and will spread over time and give you a fantastic burst of colour”. I dutifully followed his planting instructions and waited...

The first year, we had a few straggly leaves and a head that refused to open, the second a more robust leafiness, and a beautiful, if rather lonely, orange poppy erupted into being. 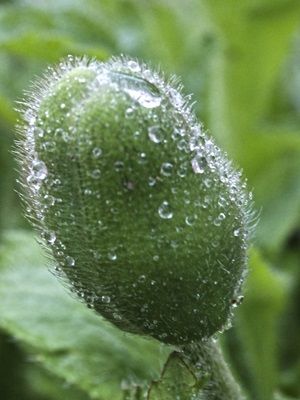 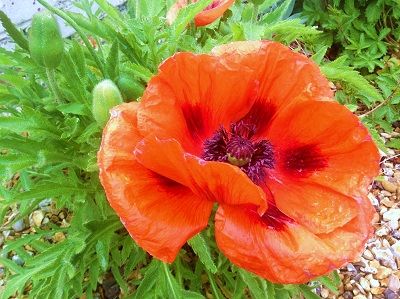 This year, the plant now maturing, promised a display to rival Chelsea (well in my mind anyway) so again we waited.

Talking about the weather

After a few glorious May days we have sadly been cursed with foul weather; grey gloomy days and frequent rain. This week we were further blessed with a terrific thunderstorm. One of those which panic pets, scare children and make you wish you didn’t have to get out of bed. The rain lashed down, trees were damaged, several houses and even an airplane were struck by lightning in our area!

Then that eerie calm that follows such a display of nature's might. Everything smells fresh, the cats came out from under the sofa and the kids chattered on about how they thought the house would be whisked away to Oz at one point. 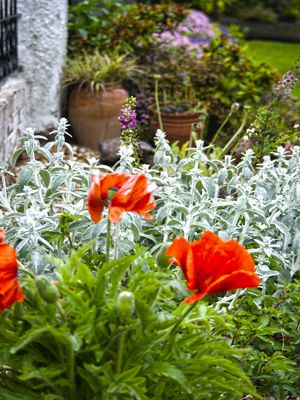 My poppies however chose this calm hour or two to decide to bloom. Magnificent deep orange flowers cupping seed heads that were weighed down with promise. Twelve beautiful creations, each basking in their own state of perfection, proudly flaunting their wares, hoping for the odd tickle from a passing bee. A dozen seemingly ecstatic specimens just pleased to be here. 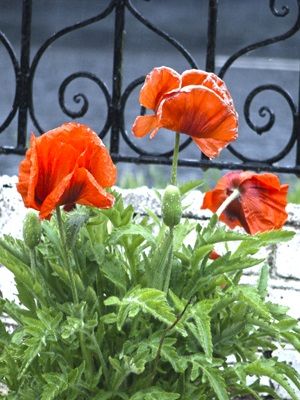 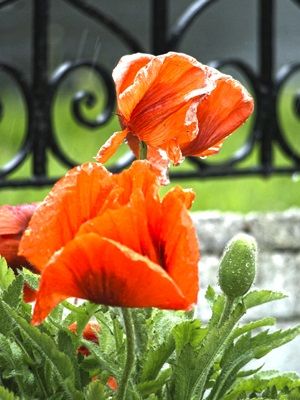 The weather had other ideas. The heavens re-opened and my poor, fleeting explosions of colour were decimated in a matter of minutes. Sad little sodden petals dropping like tombstones amongst the grasses. 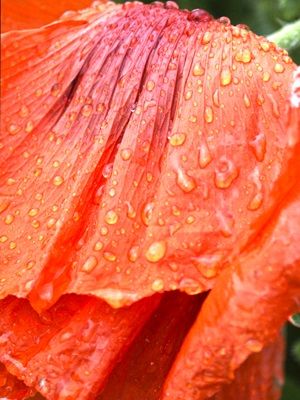 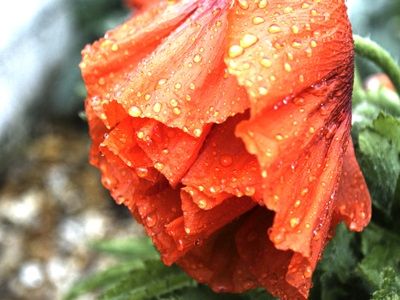 There’s a Black Sabbath track entitled “Don’t start. Too late” I think this could be the soundtrack of my poppies lives!