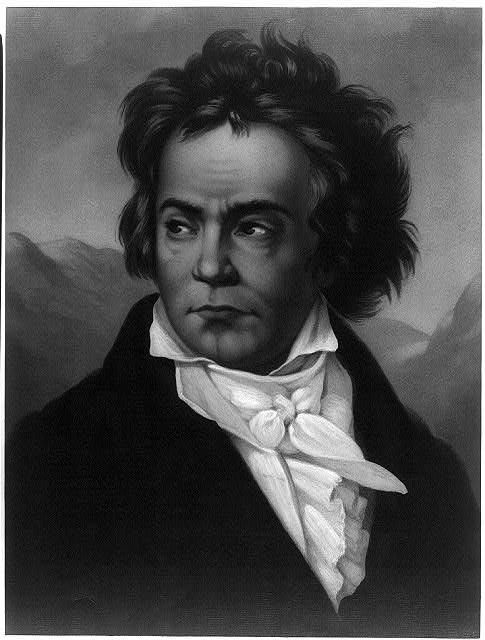 This picture is a mystery. The Library of Congress has no information on who produced it, only that it's dated to 1870. That's considerably after the death of one of the most amazing composers of all time.

16 December is Beethoven's birthday. He lived from 1770 to 1827. He was proud of that 'van' – not because it was a sign of higher social status, but because it marked his name from the Netherlands and not Germany. Beethoven was particular about that. The great composer was born in a little house in Bonn, which is in Germany, but at the time was part of the Holy Roman Empire. The house he was born in is still there. Stop by sometime, stand in the room where he was born, and say a word of thanks for all that wonderful music.

Beethoven's dad worked for the Elector, so he grew up around this edifice: 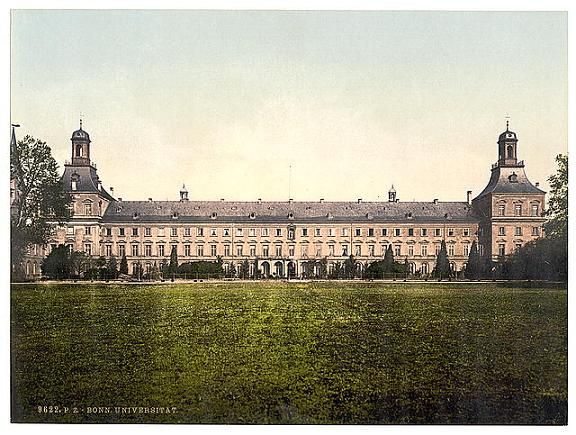 It's the University of Bonn, these days. But it's fun to imagine our Ludwig as a child, making faces at the statuary.

This Editor cannot remember not having Beethoven's melodies in his head. Even the Nightly News was scored by him. Beginning in the 1950s, Huntley and Brinkley closed their news sow with the Second Movement of the Ninth Symphony. No soundbites for them.

I'll say it: listening to Beethoven makes you smarter. Of course it does: it raises your EQ, or Emotional Quotient. Not surprising. Life threw that poor man a lot of lemons. He made tastier lemonade than almost anybody. So happy birthday, Maestro. It's December again, and we just wanted to say thanks for all the joyous music.