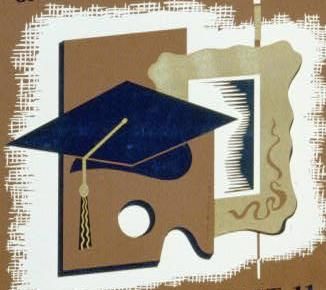 The theme of 'back-to-school' triggers different memories in different folks, I suspect. One h2g2er mentioned something called 'spam fritters'. The food in English boarding schools must be interesting. Me, I have fond memories of school cafeterias I have known. For instance, my elementary school in Memphis boasted some cafeteria ladies who, in my humble opinion, were culinary geniuses. Their chili with homemade Melba toast was to die for. Once a year, all our dads would pay to eat it – the PTA raised a ton of money on those women.

Our high school in Pittsburgh was of the non-boarding variety. Which doesn't mean that we didn't get up to a lot of mischief. It was just of the kind that wouldn't land us in too much hot water. After all, our parental units were a mere phone call away. Nonetheless, things got interesting on Senior Day.

We soon found out what kind of nourishment that was. It turned out to be more Monty Python than Emily Dickinson.

On our Senior Day, the assembly consisted mostly of satirical sketches involving thinly-veiled parodies of certain beloved – and not-so-beloved – teachers. The tone was set by the opening number, in which a group of choir members, duly robed and dignified, took their places on the stage and began to sing, to the tune of our high school 'alma mater' song, the following deathless words:

Sound and taste, these are the Linking Verbs that you have taught us well…

The class roared with laughter. Everyone knew which bossy female English teacher made a fetish of the Linking Verbs. While the other teachers smirked, Mrs McGillicuddy pretended to be flattered. But everyone knew better.

My favourite English teacher and my favourite librarian, however, were truly flattered by what came next: the sound guys had managed to combine the sounds of 'The Twilight Zone' with the sound of their infamous squeaking shoes. Our good-humoured instructors laughed along with everyone else.

For an entire year, the Senior boys had waxed paranoid as to what was going on behind Mrs Schmidt's locked door. Just what exactly was the girls' health teacher telling them that had them laughing so hard? Was she, god forbid, telling them embarrassing inside facts? And worse, were they discussing us? The cheerleaders let the cat out of the bag.

Sally Giametti's impersonation of Mrs Schmidt's legendary 'Point of No Return' speech was epic. She began, in a tone-perfect Mrs Schmidt voice, by explaining what 'parking' was, and why it was hazardous to your reproductive health. Then she explained the difference between 'necking' and 'petting'. (If you don't know, kids, ask a Baby Boomer.) By the time she started drawing the K's and H's on the chalkboard – small kiss, little hug, bigger kiss, bigger hug… – the faculty was giggling. Then she reached the grand finish. With a flourish of lines on chalkboard, she pronounced in a stentorian voice: The Point of No Return! And we fell over laughing.

As I said, Senior Day assemblies were fun, a light-hearted thank-you to some very dedicated teachers. It was just a way of saying, 'We know you did your best, and we'll never forget what you taught us.' And you know, we never have.

No Senior Day would have been complete, however, without the Senior Day prank. Just as the class voted to give the school a gift, purchased from its class fund, so it left the school a lasting legacy in the form of one memorable practical joke, voted upon secretly. My class gave the school a huskie dog for a mascot, instead of the usual dorky painting. They appreciated. They probably appreciated the Volkswagen Beetle in the lobby a bit less – but hey, that was tame in comparison to earlier classes. 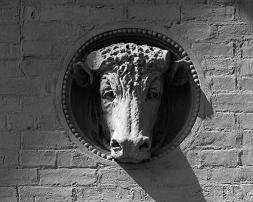 There was the hay wagon on the flagpole. There were stunts with fire alarms. But the fame of the class of '63 was undying: they were responsible for the Cow Incident.

My German teacher remembered it with horror, because her classroom was on the third floor of the Old Building, as high up as you could get in our school. That's where the Seniors parked the cow. The cow went up all those stairs willingly, but it is a well-known fact that, while cows don't mind up as a direction, they have serious objections to down. It was all day before the authorities managed to coax Bossy down from the environs of the language classrooms. During that time, she wandered about, lowing plaintively and leaving decorative cowpats in the halls of learning.

There were certain indelible traditions of our local education: crowning the bossiest girl in the school as Prom Queen, losing the Homecoming Game, and dedicating the Yearbook to whatever student had been stupid enough to die while drag-racing down Mt Royal Boulevard1. But the one that I remember most fondly is Senior Day. Not only was a good time had by all (except for Mrs McGillicuddy and the janitor, who was stuck with the Volkswagen), but it meant we were that much closer to graduation. And freedom.

1Mt Royal Boulevard was a winding two-lane that had been a trading route in colonial times. That S-bend by the Home for Unwed Mothers was not known as 'Dead Man's Curve' for nothing.