We like Phuket. We've been here several times before. Including two months after the tsunami, when the wave sucked all the sand off the beach and we had to climb up sandbags to get to the promenade. Phuket is a tender port, so we come ashore in little boats and walk along a floating pontoon to get to the beach. It is VERY shallow. Nowadays, though, other than the occasional evacuation route notice, you'd never know anything had happened here. There's no sign whatsoever of the devastation, other than the words of those who lost loved ones. They rebuilt, in concrete this time, shipped in a few hundred tonnes of sand to rebuild the beach, and life goes on.

The weather was even more exactly as you'd expect than you'd expect. Brilliant sunshine, slight breeze, some humidity, but nothing ghastly. The only niggle was that it was 40 degrees C in the shade. Now, I don't know how many of my readers have ever experienced 40 degrees in the shade (I think it equates to about 96 or 98 Fahrenheit1), but it's quite an experience. Even the locals were complaining about the heat! Luckily, all the rebuilding money and donations paid for plentiful air conditioning, so, although they've done the overhead electricity wires thing like Japan (which I suppose makes sense if you're worried about tsunamis...), which isn't very pretty and mars the view now and again, there are no shortage of places to duck into for a breather.

We walked along the front, past cafés we've been to in the past, and ended up at a restaurant we'd also been to before. We had some drinks (lots of them!) and then realised we were hungry so we ordered lunch. I had Pad Sie Yiew, which is yummy. It's a sort of stir fry with really wide noodles and pieces of chicken. Rather like Pad Thai, but cooked in soy rather than tamarind sauce. Hope that makes sense... Then we cut through the Holiday Inn Resort which is about half a mile by half a mile, I reckon, to the main shopping street. After the tsunami they built a purpose-built market area, with stalls and cafés, and it's a really lovely place, so we crossed the road, carefully, and we wandered through the aisles. The first shop on the right when you enter Patong Top is... the Hello Kitty shop. Oops, may have accidentally bought some more handbags... oh dear. Much to my parents' annoyance, I have also found that, since I lost two dress sizes last year, I can now get into clothes in this part of the world. Just. So there were several stops involving the trying on of sundresses and the like.

Prices have risen considerably in this part of the world. I mentioned this when I was talking about Hong Kong, I think, but it really is very noticeable here. One lady off the ship that I spoke to estimates that prices have tripled in the past six years, so it's not just my imagination! Of course, the weak pound doesn't help either. I just hope that pay has increased as well.

By now, mum was starting to feel the effects of the heat, so we retreated to the Marriott for a cold drink and quite probably the nicest loos on the island, before wandering along the beach back to the tenders. Patong Beach is aimed at tourists, very much so. It's not "real" Thailand by any stretch of the imagination. But it is a wonderful little town with several miles of beautiful beaches. Phuket Town isn't in the same league. It's just an ordinary town for the locals. There's little or nothing for tourists to see, do or even buy. We didn't go into Phuket Town this time, but our table mates did, and they were not impressed. It's almost as if the money and the effort was put into repairing the places damaged by the tsunami and the other places, further inland, were left behind, receiving nothing whatsoever. But let's face it, if you're a tourist, you're going to the seaside, aren't you? You're unlikely to go inland much. So stick to the edges of Phuket. Explore, by all means, but don't expect the inland areas to match up to the beauty and effort that has been put into the coastal bits. There are watersports aplenty and several large resort hotels, so most of what you need is there. But go soon, because if prices keep rising at the rate they are at the moment, pretty soon, it'll cease to be the cheap idyll it once was and will become as expensive and exclusive as the Maldives.

Talking of which... the Maldives. As mentioned previously, we have diverted to the Maldives because the Seychelles are too risky. We managed to get on an excursion to an island resort that P&O use frequently. Only 100 got to go there, 50 in the morning and 50 in the afternoon, although there were other excursions available to other islands. When we got there, it looked idyllic. All grass-covered gazebos and wooden walkways stretching out over the water. Just like the photos you've seen. We were shown to the bar and given a payment card and told we could use all the facilities on the island. This surprised us, because we'd been told we couldn't use the restaurants. Dad clarified this with the manager and said, "Right, well, we'll go to the pool for a bit before lunch". "Oh no," says the staff member nearby. "You can't use the pools". The ensuing argument lasted the best part of an hour. They even tried to force us to use the children's pool for eleven dollars a head, instead of the proper pool for free. Bearing in mind we had already paid fifty quid a head for a four hour visit, there was no way we were parting with any more money, and we told them so. Eventually, I got sick of the shilly-shallying, informed the bloke that I would be in the pool and if he wanted more money, he'd have to talk to P&O and left.

It didn't end there, of course. When we got to the pool, there was a bar. Mum wanted a cup of tea, but because she can't have caffeine, she carries her own decaffeinated teabags. She asked for a cup of hot water. Guess what the answer was? No, you're not a resident. Seriously, P&O sends ships here all the time. How hard can it be to establish with the hotel staff what we can and cannot do or have? Denying someone a cup of hot water, which should be free anyway, is just farcical. Anyway, they went for a walk on the beach and I swam in the pool and burned my shoulders for a couple of hours and then we left. It could have been utterly perfect. Instead it was very pleasant but marred irrevocably by a third of our time being wasted arguing the toss.

The ensuing sea days have been hard work. I have managed to volunteer myself for several things that have collided and I am running around and working rather astonishingly hard considering I am on holiday! One of the passengers has been leading a series of discussions on the brain and the mind and how we think and understand. This led to a presentation on how it all physically works, as per current thinking. I offered to prepare the PowerPoint. Which was fine, until he arranged a second one 48 hours later! The Messiah Choir has finally coalesced into an actual set of rehearsals, and it's going fairly well. Well enough considering we only have seven rehearsals before the performance, anyway! We are performing on Good Friday. Eek! Well, when I say it is going well, it is now that we have a pianist (which we didn't for the first rehearsal)! Anthony Peebles, no less! So today I have to attend both of those. I've also been giving French lessons to two of the boys on board. They're short lessons, because they're not really interested, but they're too polite to argue! I've almost got Alfie counting to a hundred, though, which isn't bad for seven years old.

So what with all of that, I've been really rather worn out over the past couple of days! Luckily the clocks have been going back an hour every couple of days, which helps enormously. Ironically, it actually makes the days longer, because although I go to bed at, for example, half two in the morning, it's half one, so I have eight hours sleep and I'm still up and about by nine. It's all a bit confusing. I'm used to sleeping till lunch! I do find I'm getting a lot done, though. My cabin is tidy, my laundry is done, my camera is downloaded and charged. Busy, busy, busy. Tomorrow is Mauritius, so one of the things I need to do today is a little research, to make sure we don't miss out on anything vital when we go there tomorrow. And then it's a formal night, with all that that entails (Black and White night tonight) and it's Friday as well. Life is hectic but happy. If only the sunburn on my shoulders would stop feeling so sore, life would be just grand. 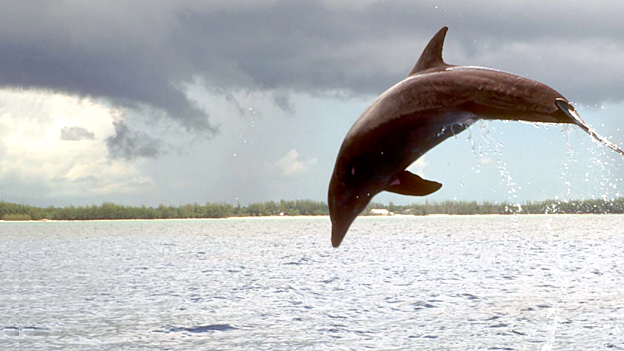 As regards the actual travel bit, we have a lot of sea days coming up – there are only about half a dozen ports left and four weeks to go. I don't think we'll see sea colours anything like what we saw in the Maldives – so pale turquoise and clear you could see the bottom even when it was ten feet deep. Just astonishing. There are almost daily porpoise and dolphin sightings now, and some people have seen huge manta rays gliding past, as well as shoals of smaller fish now and again. I wonder what they think of us, this huge, loud interloper charging through their home. Mind you, it's a bit bumpy at the moment and we are both pitching and rolling, so perhaps the sea is trying to block out the noise we make so as not to disturb them too much. It's funny. The webcam TV channel shows us going up and down and they're playing chillout flute and piano music over the top. Very soothing and strangely hypnotic at the same time. It looks like a beautiful day outside. I hope it's nice where you are.