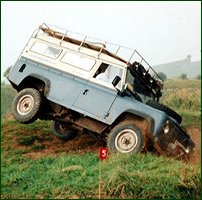 October 2010 and a day trip out to the Lees Valley, Canterbury, New Zealand. Arranged by our Probus club the brief was for a party to visit a farm in the valley, the hosts would provide hot water, tea and coffee while we were to take a lunch for sharing. Furthermore it was recommended that four-wheel drive vehicles would be advisable.


In the event, ten 4WD vehicles set out, with one conventional saloon car (we assumed they'd been before) and forty-two people (well, nearly). The round trip was to be about 125km (77 miles or so) and off we went in convoy.


Going west from Rangiora (north of Christchurch) towards Oxford and turn right at Cust. Subsequently moving around westish again, heading for the Ashley Gorge, near where we paused a few minutes to take in the view. Then further into the foothills of the Southern Alps, now on the Lees Valley Road, a dirt track.


All the way from there were power pylons (wooden) following the dirt road, which turned out to be not entirely unreasonable for a saloon car though it was bumpy and most of it distinctly hair-raising. Questions arose about the men who had made the road, but mostly about the expertise and risks of those who had installed the power lines in rugged country, on some impossible slopes.


After leaving the gorge we saw no habitation for oh, what, 20km or thereabouts but the pylons kept pace.
The views must have been spectacular – certainly the brief glances I allowed myself gave that impression and the oohs and aahs from passengers suggested so.


We saw two other vehicles, both of them at the near reaches of the valley itself and both lumpy agricultural types, obviously far too big for the road and its bends. Nevertheless there they were, going about their daily business.


Then, two hours or so after departure, a farmhouse... and another... another and there, look, it's a human waving us into a gateway. Coffee and bikkies all round, then a side trip to a derelict house that had belonged to an original farmer, in a small grove of trees. It would have been pretty basic living – raw even, by today's standards.


Back for more coffee, lunch, then another side trip, along a few km and up some tens of metres to the water station that supplies drinking and irrigation water for the valley (which is surrounded by mountains). They're allowed to take about half the stream – that's half of what the stream carries in moderately dry times. A substantial amount – but for five farms?


By now we're understanding why 4WD vehicles were recommended.


Back for more coffee and a brief history from the hostess (this bit won't be complete and will probably be disjointed, perhaps a touch inaccurate in places – because of the chattering classes, you know, more interested in the plain china cups than what had brought these people here to their remoteness and demanding lives).


Land had been granted by the government to servicemen returning from wars, in this case WWII. Initially there had been 17 farms, most of which failed in a very few years, from inability to scratch a living from inadequate land and from the inescapable two or three-day trip to town and back for provisions and selling their wares.


By the 1990s things were pretty much settled out and there are now five farms capable of providing a reasonable living. This one incorporates four of the initial 17.
These people took over a struggling farm in the late 1990s at an unopposed auction (you can no doubt imagine it's not a seller's market) and have built it up into its present, eminently presentable state.


The occupants built a schoolhouse and had a duty roster of mothers, with the occasional visit from a teacher (the children each had a project – write the history of the valley).


In the 1990s a burgeoning bureaucracy withdrew external support.


For communications they had the telephone, a party line, and there wasn't much in the way of friendly sociability (though emergencies were lightened somewhat), thought to be because of boundaries ... until a proper telephone service was installed. Now it's all sweetness and light.


Onward, ever onward. This time heading for home. The saloon car returned the way we'd come while the rest of us continued the round trip, heading for Loburn and back to Rangiora.


Yes, this is what the 4WD was for – my first experience of rough driving.
Folks, I cannot say whether the scenery on that leg was mediocre, pleasant or spectacular. I have not the faintest idea. What I can tell you is that I was not bored.
Passenger comment was restricted to gasps and, though I can't be sure it was them, a


Rugged country. Numerous streamlets. Four or five streams and a river. How long did it take? I'm guessing three quarters of an hour or so before we hit a paved road. Twice I nearly got stuck on muddy rises but managed to rock it out.


My CRV bottomed out three or four times on invisible underwater rocks (or were they skulls?). The nearside rear mudflap popped a fixing, the rear nearside door is a millimetre out of kilter and I'm keeping the paintwork scratches for posterity – from avoiding high rocks that I did see and scraping through some brand of shrubbery that's not sold in garden centres.


Lesson learned: If you want a 4WD, get a proper one with differential (axle) lock and underbody guard plates – and take a driving course.


If you think you'd like to follow that route, get someone else to drive on the way there, while you just look. Then, you take the wheel for the second half.