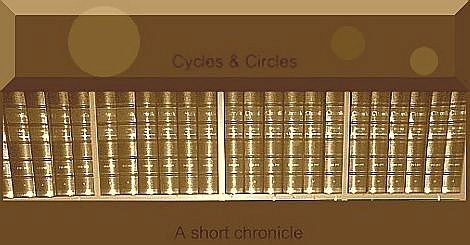 The other day I browsed my Chronicle of the 20th Century to look something up. I started flipping through the pages, as you do. What I found made me realise that our ancestors worried about the same or very similar things we worry about. Life goes in cycles and circles. I'm no historian but this is so fascinating I thought I'd share some of my finds with you.

Below you'll find a selection of things that struck me as noteworthy. Trouble was, once I started writing, I found more and more curious/interesting stories and facts, so it was a tough choice.

As already mentioned in the survey we published last week, people were most impressed with the railway. They were in awe of the technological progress, just like we are today. However, each progress has its drawbacks, and so it was that there had been many railway accidents. One of the most curious is probably the one that happened in Dublin in February, 1900: due to icy tracks, a freight train's brakes fail; the train has such a high speed that it doesn't stop at the buffer at Dublin's terminal at Harcourt street, but breaks through the station wall, buffer and all, where it keeps hanging in the air for a while before the locomotive and first wagon crash down 30ft onto the road below. Except for the driver, who is injured, no humans are harmed.

Not quite so lucky are the people in Canada's capital Ottawa, where a conflagration on 27 April destroys most of the town, the governmental buildings, including the landmark, the parliament building on Barrack Hill, are severely damaged. 2,000 families are homeless. Ottawa has about 45,000 inhabitants.

To popularize tennis on the east coast of the US, 20-year-old tennis player Dwight Filley Davis donates the International Lawn Tennis Trophy, aka Davis Cup (after its donor). The 18kg silver cup was designed and created by silversmiths Shreve, Crump & Lowe, Boston. Davis introduces his cup at a tennis match between the USA and the British Isles1 in Boston. The first Davis Cup competition is held on 8 – 10 August, 1900, between the USA and the British Isles. The USA win the cup.

A British – German football competition in Berlin over Easter shows that the guests, Richmond Association FC, is clearly superior to all German teams they play. Especially remarkable are the 'grand passes'2.

I was totally fascinated to see British 'Illustrated Monthly Chronicle' The Poster try to gain more readers by having a naked woman on its cover of their March issue. Admittedly, it wasn't a photograph but a drawing in art nouveau-style, but still, it doesn't seem to be a new discovery that sex sells.

Over in the German Empire, on 9 March the Reichstag sanctions the laws concerning meat inspection, adopted by the commission for economy: all meat (beef, pork, sheep, goats, horses and dogs!) which is meant for human consumption is to be inspected by an official before and after slaughtering. Home slaughtering are exempt. According to the new law, salt meat, sausages and tinned meat must no longer be imported; however it is allowed to import bacon, lard, and guts; an interim solution is found for gammon and fresh meat. States secretary of the interior, Arthur Count of Posadowsky-Wehner, stresses that this is not meant as barriers for trade.

In St Petersburg, Russia, doctors experiment with the healing properties of light. They find that red light has a positive influence on smallpox, and even more on measles.

Since diseases still take many lives, new laws to prevent diseases like cholera, smallpox, pestilence or tuberculosis becoming epidemic, are passed in the German empire. In cases any of the diseases occur, police have to be notified, who then notify the responsible public health officer as well as the ministry of health. Another thing that worries medics is the increase in people who are diagnosed with cancer. British scientists have found that it is not limited to specific town quarters, streets or villages, but specific houses have a high rate of cancer, too. They come to the conclusion that cancer does not occur randomly, but is caused by some infectious 'agent', which they suspect is spread through the air, water, and food and stimulants.

Preparations for the upcoming World Exhibition in Paris are under full steam, and the lack of any original and outstanding exhibits is being widely discussed. It is the era of Art Nouveau, and the entrances to the Parisian Métro are designed with regard to the world exhibition. The decorative style of their creator soon becomes so popular that the art nouveau is nicknamed 'art métro' in Paris.

In his inauguration speech on 14 April, French minister of social affairs, Millerand, stresses that it is work which liberates people from ignorance and evil; he expresses his hope for all nations to recognise that the fruits of work are much more important than all the differences between the various nations. Still, the number of visitors, at 47,000,000 people, breaks all records. The three moving pavements at different speeds which span nearly the whole area are the secret attraction to the masses. 9.9 million passengers spend a total of 4.2 million Francs in fees; however, since the construction of the moving pavements as well as their operation add up to seven million Francs, the owners make a loss of 2.8 million Francs. They are not alone in this, as most of the private licensees of inns, kiosks, theatres etc don't earn enough to compensate their expenses. Financially, the exhibition was a flop3.

There's a lot more, but I'll have to save it for another time. I've uploaded a few photos to an album, the link to which you'll find in the right side bar.

1Britain and Ireland competed as British Isles from 1900 – 1912 before participating separately from 1913.2Now that has changed for the worse.3In comparison: The 'Expo 2000' in Hannover, Germany, sold 18.1 million tickets, which wasn't even 50% of the needed 40 million. The loss total is DM 2.4 billion, which is dampened somewhat by the gains through extra taxes of DM 2.7 million. However, most of that money didn't remain in the federal state of Lower Saxony, but went go to the German Government.