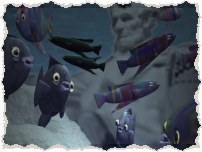 Using your computer to combat cancer

Unless you've been hiding in a cave behind a firewall for the last few
years - or, God forbid it, haven't had internet access - then you've almost
certainly heard of [email protected]1. It's a vastly popular
distributed computing project which millions of computer users have helped
run. Basically, distributed computing means running a program on more than
one computer simultaneously to reach the target more quickly. [email protected] took
this idea to a new scale, using the popularity of the internet, combined
with people's2 fascination with the
possibility of extraterrestrial life, to encourage more and more computer
owners to take part in processing radio data received from outer space by
radio telescopes. To do this, United Devices designed a non-intrusive
'Agent' program to run in the background or as a screen saver, so that
people could literally take part without any effort on their part.

This, as I may have mentioned, was immensely popular in certain circles.
Meanwhile, sceptics like myself pointed out the almost certain failure of
the project due to the devastatingly huge odds against receiving a radio
signal from an extraterrestrial civilization3. So I have never bothered running the [email protected]
Agent.

Note: I am not qualified or particularly knowledgeable in medical
matters, so if the following doesn't make much sense, feel free to complain.
I think I've got the general gist of it across though!

But now, United Devices have started a new distributed computing project
which I cannot argue against. The Intel-United Devices Cancer
Research Project uses volunteer's computer power to process molecular
data, as part of research being conducted by the University of Oxford and
the National Foundation for Cancer Research.

Nowadays one in four people suffer from cancer at some time in their
lives. The high cost and lack of success of current treatments is a constant
thorn in the side of medical research. The last century has seen many
astonishing medical breakthroughs, yet the holy grail of cures, the cure to
cancer, remains elusive.

Cancer, put simply, is a bug in a cell's programming. Errors and
variations are always happening at a genetic level in our bodies; this is
evolution at its most basic level. Normally these variations are not a
problem, they affect only one cell among billions. But when the variation
affects a certain instruction in the genetic code of the cell, the problems
start. This particular instruction tells the cell to stop multiplying.
During the everyday growth and repair of your body, individual cells will
reproduce themselves by division. Once growth or repairs are finished, the
cells automatically stop dividing. The instruction to do so is triggered by
certain proteins. If the instruction is not carried out due to the
aforementioned error, the cell will carry on dividing and growing
indefinitely; as far as it's concerned, it hasn't been told to stop. This
produces a cancerous growth.

There are many theories about how to stop this growth. The simplest is to
cut the cancerous growth out of the body; this can work, but it is difficult
to remove all the affected cells - any left over will carry on
reproducing.

A more cunning method is to use the body's own 'programming' to stunt or
stop the growth. The cells may not respond to the 'stop growing command'
protein, but if other proteins are activated they may produce some effect
that affects the cells in a different way. For example, a protein named
Vascular Endothelial Growth Factor (VEGF) assists in the growth of
blood vessels. As the uncontrolled growth of cancer cells requires a lot of
blood flow, restraining the flow to the cancer area by limiting blood vessel
growth may well slow down the growth of the cells.

Four such proteins are currently being investigated by the project. The
proteins are activated and commanded by the introduction of certain
molecules, which bind to the protein. However, scientists don't know exactly
what molecules do what, or even which are capable of interacting with
proteins; and as there are billions upon billions of molecules which
potentially behave in this way it is a daunting task finding which the
important ones are.

This is where the computing power comes in. Once somebody runs the UD
Cancer Research client 'Agent' on their computer, they are sent a batch of
virtual molecules and a protein, and the computer runs through all the
possible configurations of each molecule, finding out whether one of them
will 'fit the lock' and potentially interact with the protein.

Although an average home computer can try out thousands of these
variations every second, only a very small number produce results. Once a
'hit' is registered, it is sent back to the server with the next update, for
further investigation.

...you can use your computer to help find a cure for cancer.

There is no need to understand what the project is doing; and no need to
donate money or effort. All the Agent does is use computing power which you
are not using anyway. While you are having a cup of tea or reading a web
page, your computer is normally doing very little. Most of the processing
power in your computer is only used sporadically, when you are loading a
program or performing a particularly complex calculation. So why not make
use of it?

1Search for ExtraTerrestrial Intelligence2Read 'geek's'3My argument: If the
civilization was, for example, 100 million light years away, then they would
have had to broadcast a signal exactly 100 million years ago; considering
we've only been broadcasting radio signals for less than a hundred years, it
would have to be a pretty big coincidence for them to be at exactly the
right stage of evolution at exactly the right time and place. I'm not saying
that there isn't life out there, just that we haven't got a moth's chance in
a light bulb shop of finding it. Disagree if you like but I think we're
wasting our time.