The Wind Phone: A Way to Deal with Grief Content from the guide to life, the universe and everything 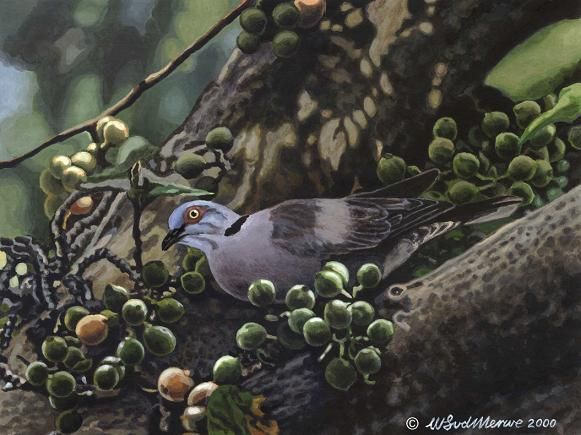 Humans have different ways of dealing with grief. The loss of loved ones affects us profoundly. Recovery can be a painful process. In 2010, Japanese garden designer Itaru Sasaki found an unusual way to deal with his grief – one that has inspired people around the world. He built a telephone booth.

In 2010, Sasaki's cousin died of cancer. He missed his cousin a lot. So he erected a telephone booth on the top of a hill. He painted it white, with glass panels. Inside there is a Bakelite telephone with a rotary dial. He would dial his cousin's number and talk. Of course, the telephone isn't connected to any earthly system. The gardener wanted his thoughts to be 'carried on the wind'. Thinking that other people might want to use this way to deal with their grief, he opened the telephone booth to the public in his hometown of Otsuchi.

In 2011, a devastating earthquake struck Japan, followed by a powerful tsunami. The 30ft (10m) waves left more than 1,500 people dead or missing. In the aftermath, Sasaki's 'wind phone' received a lot of grieving visitors.

In 2017, artist Jordan Stern installed a wind phone in Oakland, California. This was to commemorate his friends who died in the fire that destroyed an artists' collective there.

Also in 2017, a Dublin art collective called Altrúchas set up a wind phone in the Wicklow mountains. They named it An Fón Gaoithe (wind phone in Irish). It was a low-key project, not well advertised. But it upset some people: less than two weeks later, the project was destroyed by unknown persons. Altrúchas noted in a public statement:

...to be honest, the notion that it defaced the scenery had never occurred to us because we thought the piece gave an interesting yet unobtrusive contrast to the natural landscape – similar to that of a white cottage or an old bike, things that are infamous images all over the most rural parts of the Irish countryside and in fact, quite ironically examples of which are actually already in clear view from the exact location that the installation was positioned. We think that the good intentions and positivity of the project gave a magical element to it sitting up there, and added to the scenery.

In 2018, married couple Tomohiko and Kazuko Kutsuna installed a red-painted replica in Tahara, Japan. Their 'phone of the sea breeze' honours a young woman who committed suicide. Although the inspirations differ, the aim of these phones is the same: to assist people in processing their grief by sending their thoughts 'into the wind'.

In 2020, Itaru Sasaki's wind phone inspired Susan Vetrone of Marshall, North Carolina, to install a replica in her town after her mother died of Parkinson's disease. Her phone is in the Appalachian mountains, near Asheville. She said, 'It's hard to lose people you love. ... I hope this helps to relieve some of that angst.' Her wind phone, too, is open to the public – and even has solar lights installed so that users can come after dark.

The wind phone has inspired literature. Itaru Sasaki wrote a book about what he learned from his experiences with the original phone. Italian writer Laura Imai Messina has spent a lot of time in Japan. Her 2020 novel The Phone Booth at the Edge of the World is a story built around visitors to the wind phone in Otsuchi. Also in 2020, Canadian writer Heather Smith wrote The Phone Booth in Mr. Hirota's Garden. For this novel, she contacted Itaru Sasaki and obtained his blessing to imagine a different origin story for the wind phone.

Two films have been made: the Austrian short film, The Wind Phone and a longer Japanese film entitled Kaze no Denwa/Voices in the Wind.

The wind phone at Otsuchi, Japan, is at what3words location //circumvent.rapids.nearly.

The wind phone at Marshall, NC is at //diver.masses.baffles.