Drake Oil Well: A Landmark in Industrial History Content from the guide to life, the universe and everything 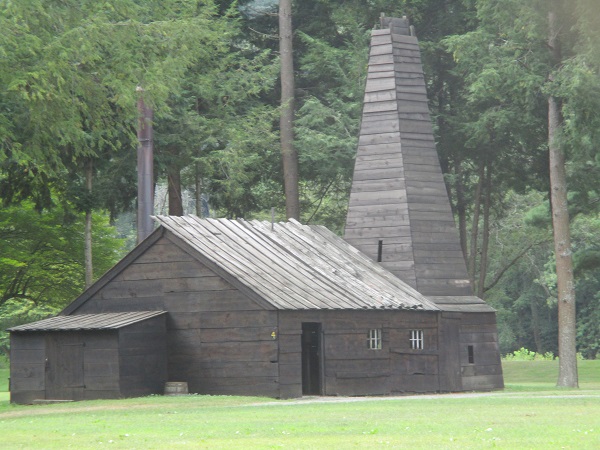 pe·tro·le·um: a liquid mixture of hydrocarbons that is present in certain rock strata and can be extracted and refined to produce fuels including gasoline, kerosene, and diesel oil.

Historians1 tell us that the ancients knew about petroleum, or crude oil. The walls of Babylon contained asphalt, petroleum in semi-solid form. Upper-class ancient Persians used the oil for lighting. But early 19th-Century Europeans and North Americans were using whale oil. Then came the chemists: in 1848, Scottish chemist James Young distilled lamp oil from a Derbyshire colliery, and earned the nickname of Paraffin Young. Polish chemist Ignacy Łukasiewicz built the first oil refinery in 1856. He also invented the kerosene lamp, which shed a lot more light in Victorian living rooms. Soon, the race was on to find sources for this amazing 'new' product.

The US oil boom started, not in places we associate with the oil business, like Texas and Oklahoma, but far to the northwest of those deserts, in western Pennsylvania, along the banks of the appropriately-named Oil Creek. Edwin Drake's oil well was a game-changer of historic importance.

Edwin Drake was a railroad conductor from the state of New York. Health problems forced him to stop working at this job, and in 1858, he resettled in the small town of Titusville, Pennsylvania, with a commission from the Seneca Oil Company to investigate claims that 'rock oil' (meaning, oil from rocks, not whales) could be obtained from deposits near Oil Creek, a 46.7-mile (75.2 km) tributary of the Allegheny River. The oil company hired Drake because he still had railroad privileges, which would allow him to travel on railways for free.

Rock oil and its uses may have been known to the ancient Persians, but Pennsylvania Native Americans knew that the stuff seeped out of the rocks and spoiled the ground water. They and early European settlers mostly used the substance as part of liniments and other home remedies. Drake was determined to make it a paying resource, and to earn his $1,000-a-year salary from the oil company.

It wasn't going to be easy. At three feet a day, digging was slow. Crowds of people with nothing better to do gathered to heckle the apparently unproductive enterprise.

The naysayers were forced to change their tune when the persistent Drake and his driller, Billy Smith, finally broke through. The first oil produced in a US oil well was collected in a bathtub. History was made. Money was made. Titusville became a boom town – growing from a population of less than 500 in 1860 to more than 8,000 in 1870. Other towns in the area grew, too, exponentially. The boom didn't last: other, more productive sources of oil were discovered, and big business drove out the independent operators. But Titusville retained the title of 'birthplace of an industry'. 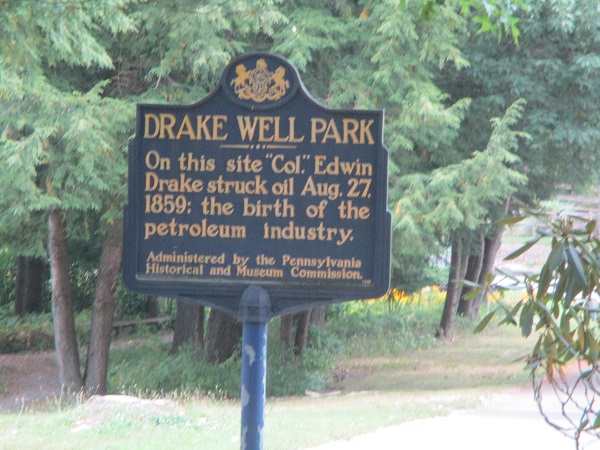 In the 21st Century, the oil boom is gone from western Pennsylvania, although some small refineries and wells still exist. The petroleum tourist will find this bit of industrial history, though, in a thoroughly unindustrial setting full of natural beauty. It's well worth a trip to see the old oil-drilling equipment: just look out for deer and wild turkeys crossing the rural roads.

The Drake Oil Well is listed in the National Register of Historic Places for Venango County, Pennsylvania. The well that can be seen at the Drake Oil Well Museum is a board-for-board replica created in 1945 based on photographs of the well taken in the 1860s. Oil-drilling machinery from the early days can also be seen at the museum, which is a stop on the Oil Creek and Titusville Railroad.

To visit, program your what3words app for ///yell.everyone.printed. Or get directions from the museum, who warn, 'Please be aware that GPS [Satnav] provided directions can be unreliable in our area.' Also visit the museum site to find out about opening times and other matters, such as closings during plague years.

1Herodotus and Diodorus Siculus, among others.