Impossible Language Missions: A Brief Guide to Gellerese Content from the guide to life, the universe and everything 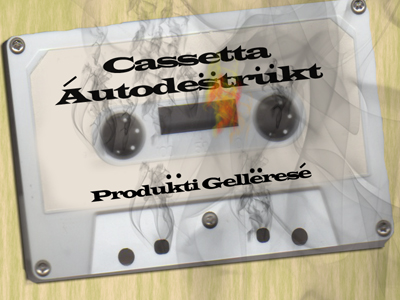 Let's face it: you're a polyglot. You like to learn new languages. You read the Berlitz phrasebook like a hungry person studies a menu. You've got most of the European tongues down. You even like made-up languages, and have mastered Esperanto and Klingon. You are looking for a new challenge.

So: have you tried Gellerese?

Gellerese is named for its creator, Bruce Geller. No, unlike the inventor of Klingon, Geller was not a comparative linguist. He was the television producer responsible for the 1960-70s spy thriller series Mission: Impossible. But he invented a language-based sight gag that has multilingual fans chuckling half a century later.

Why did Geller do this? Back in the 1960s, there was something called the Cold War. Relations could be tricky between the US, where Mission: Impossible was produced, and other countries where Geller might sell his product. Some of those target markets had friendly relations with the Soviet Union. Others might react unfavourably to a spy story that seemed to criticise a particular country: theirs, for example, or a neighbour. So Geller wanted to create a generalised sense of locale – perhaps Eastern Europe – without offending, say, Poland or Hungary. So he made up the local language.

Gellerese appeared on road signs, buildings, newspaper headlines – anywhere text was needed. The aim was to make the words completely transparent to the average intelligent English speaker with a flair for travel. The trick was to make the words in question almost, but not entirely, like the real ones.

There was a Romance Gellerese and an Eastern European Gellerese. The Romance version was easier to stage: after all, it's all funny Latin. Also, since most of South and Central America and the Caribbean speak Spanish, it's not as if you were pinpointing anything geographical if your tinpot dictator of the week muttered, 'Si.' But signs cropped up that mixed, matched, and made things up, such as 'Elecciones fini.' For those not fluent in Gellerese, the sign meant, 'The polls are now closed.'

Here are some gems of Romance Gellerese:

When the Impossible Missions Force headed East, it was into Soviet-dominated Ruritania. Whether the landscape was Southern California beachfront masquerading as the Adriatic coast, or the backlot version of a gloomy Slavic workers' paradise, everybody wrote Gellerese. With umlauts. Lots of umlauts. That ü gives that nice, foreign touch to a homely made-up word like Alarüm. You know where you are with a word like that: in a place where the alarüm clocks are made of Russian tin, and the springs break frequently. That is presumably what the showrunner was aiming at.

Mission: Impossible was an entertaining show that made the Cold War marginally less scary. For 21st-Century audiences, watching it is a lesson in recent history. Enjoy, laugh, do not repeat. Part of the fun is spotting these little inside signage jokes. Become a collector of Gellerese. Brag about it at parties.