Folk or Fake? The Strange Journeys of Tunes and Their Composers Content from the guide to life, the universe and everything 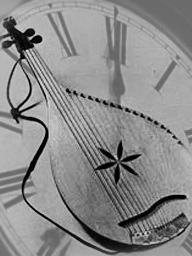 Lady and gentlemen, because I working in this town for twenty-five years, I like to make some kind of appreciation to very important factor what make me successful to lots of my colleagues in this town. I'd like to thank Johannes Brahms, Johann Strauss, Richard Strauss, Beethoven, Mozart, George Gershwin, Jerome Kern, Wagner, Tchaikovsky, Rimsky-Korsakov. Thank you.
– Dimitri Tiomkin, 1954, at the 27th Academy Awards.

Mathematician/songwriter Tom Lehrer famously remarked that the problem with folk music was that it was 'written by the people'. This statement is not quite true, if what is meant by it is that a folk song is always a group do-it-yourself project. A lot of 'folk songs' aren't: in reality, they were composed – deliberately and with malice aforethought – by professionals. What made these ditties into folk songs was their widespread popularity and the sort of blatant disregard for copyright that is common to campfire and shower singers around the world. Chasing down the musical origins of these tunes can be well-nigh impossible. But these sneaky professional musicians have unobtrusively coloured our collective view of musical authenticity.

Dimitri Tiomkin is a case in point. Maestro Tiomkin, the Ukrainian-born composer who studied with the same teachers as Vladimir Horowitz, Sergei Prokofiev, and Dmitri Shostakovich, won Oscars for his film scores for American movies such as The High and the Mighty and High Noon. 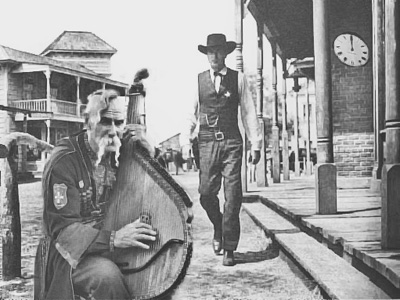 Critics have labelled High Noon's theme, 'Do Not Forsake Me, Oh, My Darling' as the most quintessentially American of all popular songs. This ballad celebrates the call of love and honour in the Wild West. And its tune was quite possibly – though not provably – purloined from a Ukrainian folk song. Its worldwide appeal cannot be denied. But this folksy 'American' song owes a lot to art and artifice – and to words from Ned Washington, a Tin Pan Alley lyricist from Scranton, Pennsylvania, which, let's face it, is coal mining country.

The same writing team is responsible for 'Rawhide'. They had great success with westerns. Their songs were catchy, clever, and definitely sounded like what they were supposed to sound like. But was it folk music? Was this sort of thing less authentically western than the works of Ramblin' Jack Elliott? Or is the difference merely in musical (and possibly literary) quality?

Fakelore and the Hootchy-Kootchy Dancer

There is a tune which is widely known, especially to schoolchildren in the US. Usually with words that begin, 'There's a place in France where the alligators dance/ladies wear no pants...' this tune is popularly supposed to be quintessentially Middle Eastern, and to involve belly dancing. In reality, this tune was composed for the 1893 Columbian Exposition in Chicago, and it is called 'The Streets of Cairo, or the Poor Little Country Maid'. It is also popularly known as the 'snake charmer song'.

Amazingly, this song was composed by a 14-term US Congressman. He wasn't a Congressman at the time – Sol Bloom (1870-1949) made his early career in showbusiness. The Illinois-born son of Polish Jews was charged, at the tender age of 23, with providing the midway entertainment for the Chicago World's Fair, also called the Columbian Exposition. The committee in charge of the Exposition found the fair, on the whole, a bit stuffy: it was organised by an anthropologist. So they turned to Bloom for lighter fare. Bloom's efforts were such a success that the word 'midway' entered the lexicon of fairs and expositions, meaning, 'Hang the educational value, let's have a good time.'

Bloom's 'hootchy kootchy' dancer, Fahreda Mazar Spyropoulos, certainly raised eyebrows. And dancers under the name of 'Little Egypt' turned the 'hootchy kootchy' into a phenomenon – and set off the cinema craze.

Is this folklore? Yes, in a way. Sol Bloom never bothered to copyright his music – he had a political career to worry about – and Little Egypt-related questions, such as whether watching the hootchy-kootchy gave Mark Twain a heart attack, spawns so many urban legends it might need its own motif index.

The entire nation of Israel, and many other people worldwide, sing the anthem 'Hatikvah' (The Hope) with devotion, joy, and pride. The song has folkloric stature. Of course, given our theme, 'Hatikvah' is far from a folk song. The words were written by Jewish poet Naftali Herz-Imber, while he was visiting the town of Iasi, Romania, in 1877. The tune was added about a decade later by Samuel Cohen, who said he based it on a Romanian folk tune he liked, called 'Carul cu boi' (The Oxcart). But where did 'Carul cu boi' come from? This is where it gets interesting.

Listen to 'Carul cu boi'. Read the lyrics. It's a funny – but surprisingly modern – ditty complaining about electricity, and steam trains, and comparing this mode of transportation unfavourably to the time-honoured but reliable oxcart1. One suspects that, wherever this folk tune came from, those words don't go back very far.

A tune similar to 'Carul cu boi' can be found all over the Romance-speaking world, in Spain and Italy, for example. But it's definitely true that this tune was well-known in the vicinity of the Moldau River. Bedrich Smetana, Bohemian composer, wrote a suite of tone poems about his beloved homeland, called Má vlast (My Homeland). Perhaps the most famous part of Má vlast is Vltava, or The Moldau, a lyric evocation of Bohemia's river which uses the tune... well, if you haven't listened to it already, you've guessed it, anyway. The Moldau was composed in 1874.

So, 'do the math': which inspired what? Smetana said he got the tune for Vitava from a 16th-Century Italian composition called 'La Mantovana'. Which sounds classier than 'I pinched it off a passing peasant'. Cohen says he got the tune from 'Carul cu boi'. The guys in the oxcart weren't telling.

So who started that tune? Does anybody outside the folklore society care? Probably not. But as this trip through musical exchange demonstrates, even a folk song started somewhere. It had a composer, even if he or she never earned a cent, pfennig, farthing, or kopek. And composers are people, too. So what is it you were saying, Professor Lehrer?

1Those who have travelled by rail in Romania may agree with the sentiments expressed.