Colonel Johnson and the Love Apple: Tomatoes Make History Content from the guide to life, the universe and everything 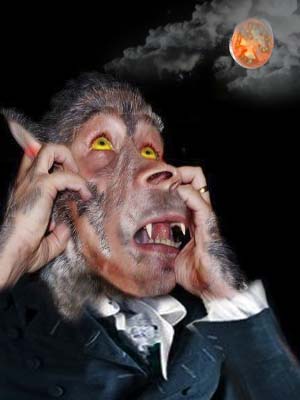 True. The firemen's band even played a funeral march while the Colonel solemnly consumed 'love apples', one after another.

Why in the world was this such a big deal? Thereby hangs a tale.

The Tomato, A Brief History

The tomato, or Solanum lycopersicum, is a fruit   –   not a vegetable1. The name comes from the Nahuatl language, a tongue spoken by the Aztecs, and still used in parts of Mexico. Tomato first appeared in print in 1595. The plant is native to Central and South America, and in its original form was small, like a cherry tomato, and often yellow.

Europeans found the larger, bright red variety extremely suspicious. For one thing, the leaves are poisonous2, and for another, it is a member of the deadly nightshade family. Europeans planted tomatoes in their window boxes for decoration, but kept them out of their kitchens. Their thoughts on tomato cuisine? 'Do not want.'

Natives of the Americas, of course, had been cooking with the luscious fruit since 500 BC, or roughly the time when Pericles was rebuilding Athens. Unfortunately, the Greek leader was forced to do without tomatoes in his salata horiatiki, and make do with olives, feta and cucumbers. History is sad like that.

Early Americans – by which we mean, European colonists who infested the eastern seaboard of North America in the 17th and 18th centuries – mostly approached the unnaturally robust-looking fruit with extreme caution. After all, many things in North America look good, and aren't safe to eat. The 11-day hallucinogenic experience of some 17th-Century English soldiers was a case in point. Who could have guessed that a salad could leave you naked, raving, and dubiously blessed with retrograde amnesia? But Jamestown weed, or jimsonweed, was Datura stramonium. The soldiers asked questions about their greens the next time.

Of course, some people talked to the Indians. And had dinner with them. And some people learned to like tomatoes. They often tried to share this tasty treat – only to be rebuffed, politely or otherwise. Claims that they, themselves, suffered no ill-effects from consumption only elicited the comment that the tomato-eaters must have iron constitutions.

This was the state of affairs in the late 18th Century, when Thomas Jefferson took to growing tomatoes, but had few takers. As he might have said, 'Oh, good. More for me.'

But What About Ketchup?

Yes, it is true that many North Americans in the late 18th Century were making ketchup. Some of them even bottled and sold it locally. Records from Elfreth's Alley in Philadelphia, the oldest continuously-inhabited street in the United States, show such a ketchup-maker.

However, this 'ketchup' did not contain any dangerous lycopersicum. Instead, it was made of nice, safe, pickled fish juice. With spices in. The recipe, which came from China, was originally called ke-chiap, an Amoy dialect word.

So who put the lycopene in? And why was everybody worried about it?

What Did They Think Tomatoes Would Do to You, Anyway?

According to prevailing scientific and medical opinion3, tomato consumption would result in appendicitis brought on by the irritation of all those tomato seeds in your intestines. If a burst appendix didn't kill you – which, in 18th-Century America, it usually did – why, you would get cancer from the tomato skins.

Oh, you wanted to know why they were called 'love apples'? Well, some people believed that, before they killed you, you'd find tomatoes aphrodisiac. The ensuing death would serve you right. However, young women of a hopeful nature were known to keep dried tomato sachets hidden in their bosoms, the better to ensnare swains. The swains purportedly were rendered amorous by the smell, which, frankly, sounds like a recommendation for an Italian restaurant as a first-date venue, if ever we heard one.

Another evil name flung in the direction of the tomatl was 'wolf peach', hence 'lycopersicum'. Because, of course, deadly nightshade is associated with, well, werewolves. A sexy death, or howling at the moon: take your pick.

Science may not have been sure about the werewolves, but Science knew that lycopersicum was hazardous to your health. And Science, as we know, is never wrong. So what gave Colonel Robert Gibbon Johnson the nerve to flout Science and sit on the courthouse steps, wolfing down the medically forbidden fruit?

The tomato had its defenders. In spooky Salem, Massachusetts, in the late 18th Century, Michele Felice Corne, an Italian painter, tried fruitlessly for years to convince his superstitious neighbours4. Mr Corne lived a long and healthy life, which he attributed to the beneficial effects of lycopersicum. The neighbours thought he just had a cast-iron stomach.

And now, at last, there was Colonel Johnson, champion of the elegant tomato in yet another Salem, this one in New Jersey. For some years, the Colonel had offered prizes for the plumpest tomatoes at the garden show. And now, he was going to settle the Tomato Question once and for all, by eating them in public.

Colonel Johnson was a pillar of his community – as was expected, for he owned most of it. Nothing if not a rugged individualist, the Colonel was distinctive in his appearance. He so admired the late George Washington that he dressed exactly like him, down to the powdered hair en queue. Which definitely made him stand out in a crowd in 1820.

Detractors said that the Colonel was only putting on this tomato performance to get votes in the next election. His political opponent in particular said this, loudly and often. The Colonel was above such considerations. As the band played and the crowd watched in morbid fascination, Colonel Johnson consumed an entire basketful of red, luscious, ripe love apples.

And lived. The rest is history. Just go ask the Heinz Corporation.

For Your Listening Pleasure

Would you like to hear a re-enactment of this historic occasion? The CBS news crew pretends to be there in a vintage radio broadcast of You Are There. (Look up selection 61, 'Colonel Johnson Eats the Love Apple'). It is an enjoyable half-hour. Parental discretion advised.

1'Tomato' can be pronounced with any kind of a you like, as long as you are prepared to defend yourself.2So don't eat them.3This prevailing medical opinion did not, of course, belong to Native American medical practitioners. Who didn't write for the fancy journals.4Evidence for their generally superstitious nature is advanced in the legacy of the 1690s' witchcraft trials – which some modern researchers believe to have been caused by the locals' consumption of rye tainted with ergot. Food was an issue in Salem.