Ring/Ringu/The Ring: The Novel and The Films Content from the guide to life, the universe and everything 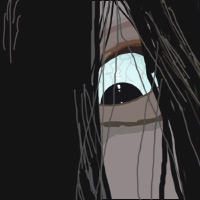 Ring is the novel that was used as source material for two great horror movies, Ringu (from Japan) and The Ring (from Hollywood). It was written by Koji Suzuki and first printed in Japan in 1991, where it has sold nearly three million copies and made Suzuki a literary celebrity similar in stature to Stephen King or James Herbert in the West.

Fans of the film approaching this novel are in for a shock, and not from the story. Both of the films were only loose adaptations of Ring and differ quite radically in places to the text. Depending on your intentions this can be a good or a bad thing - if all you are after is a straightforward novelisation of the film, you will be disappointed. If however you are looking for something within the universe but taking a different path to the conclusion, this could interest you. In fact, the difference is similar to that between the Hitchhiker's formats - recognisable characters and situations but constructed differently and offering unique perspectives to varying elements of the story.

The protagonist in Ring is Asakawa (who is the 'Noah' character in the American film). His wife, Shizu (Rachel in the American film) is actually only a bit-part player in the novel. A taxi driver tells him the story of a teenager who died at a red light next to his taxi, the same night that Shizu's niece mysteriously died two years ago. Asakawa soon finds out that they were together that night, with two of their friends who also died at the same time they did, in a log cabin at a luxury resort outside Tokyo. He visits the cabin and comes across what appears to be a blank video in the reception, which he watches. The video ends with the slogan:

Those who have viewed these images are fated to die at this exact hour one week from now. If you do not wish to die, you must follow these instructions exactly...

He is then dismayed to find the instructions taped over.

Asakawa, struggling to find the meaning of the message, brings in his long-time colleague Ryuji to help him crack the code of the video. His task is intensified when, three days later, he finds his wife and child have also watched the video and are under the same curse of death.

Whereas in the films the estranged relationship between Shizu and Asakawa provides a thread of tension between the characters, in the book it is the relationship between Asakawa and Ryuji that implements the contact zone. Asakawa does not consider him a friend and he is in fact disgusted about an incident involving Ryuji from their past. However, Ryuji is the only person who believes Asakawa about the curse and is willing to help him. Ryuji is an ambiguous character; does the reader love him, does the reader loathe him? He is as alien to Asawaka as he is to the reader, constantly raising new enquiries into his character and leaving us with questions about his involvement.

The character of Sadako (Samara in the American film) is given much more depth in the novel. She is not merely the villain of the piece; we are taken on her journey as much as on Asakawa's. In fact, her experiences open up several questions about gender, and it is difficult not to pity her as we find out what happens in her youth. The character is different to the films although, as there is no mention of certain character components within their interpretation of her, the novelistic Sadako can actually complement the filmed Sadako quite well, filling out her purpose and her intentions.

The images on the video are also given a more important role in the novel. Why are those particular images the ones recorded? Why do they flick from real to abstract? The novel explores their meaning and what they could represent comprehensively and it is a central point in the development of the narrative. This particular element of the book is extremely satisfying because it can illuminate the film adaptations too and seems to be a missing piece that gives the video a more direct purpose in the story.

The title, Ring has a very different connotation to that of the American film and one that is not obvious in the Japanese release either. Whereas most people will associate it with the scene from the American interpretation of the light coming down the well in a thin image of a ring (because the well is covered), in the novel the Ring takes on a totally different meaning. It is difficult to explain without giving the story away, but is nothing to do with the well and the very nature of the curse is given a macabre twist when you reach this epiphany (especially if you are purposefully looking for connections between the novel and the film). The Ring reference brings the story to its final cliff-hanger - Asakawa is given an important decision to make.

What lets the book down, and lets it down dramatically some may comment, is the translation. It has very much been given an Americanised translation aiming it towards the Stephen King reader. This seems like a commercial decision, more about marketing the film than releasing a good novel. Indeed, knowledge of the American adaptation as a horror film slots the novel nicely in amongst the King and Koontz crowd. The problem is, the novel does not read like a generic horror. It has paranormal aspects certainly, but it lends itself more along the lines of a detective story - it is an investigation that unearths a tragic story and aims to neutralise the threat, therefore re-imposing the 'status quo'. It isn't directed towards terror or fear, the Sadako character is really only a temporal driving force. What the novel does have is a twisting narrative and many surprises, quite a few that even fans of the American and Japanese films would not expect. It would be interesting to learn how far this translation parallels Suzuki's original text, or indeed if a more 'writerly' translation could be made. As is stands it is a compelling story and an interesting curiosity within the series.

Ring is published in Britain by HarperCollins, in America by Vertical and Kadowaka Shoten in Japan.