Jogger's Nipple - the Medical Condition Content from the guide to life, the universe and everything 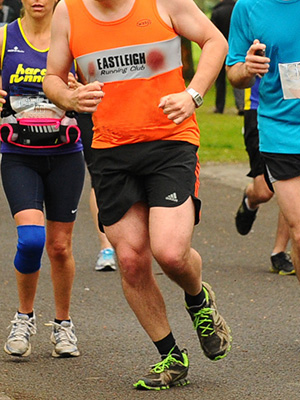 Jogger's nipple is a medical condition, more correctly know as a fissure of the nipple. The condition is suffered mainly by runners and is caused when excessive amounts of perspiration make clothing cling to the chest. This clinging combined with body movement during running causes friction between the nipple and clothing thereby causing a wound. The resulting wound, although minor, is very painful.

There are two methods to prevent jogger's nipple. The first is to lubricate the nipples with products such as petroleum jelly. It is a common sight during long distance races to see first aid crews holding out huge pots of petroleum jelly for the athletes. The second method is to place a barrier over the nipples. This can be a sticking plaster or some proprietary nipple protection guards.

Antonio Pinto the Portuguese runner famously won the London Marathon in 2001 with blood running down his running vest from a jogger's nipple injury.