What Constitutes a Fair Tax? Content from the guide to life, the universe and everything 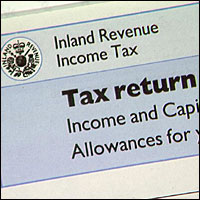 Most people would agree that some level of tax is necessary to provide public services, although there is a lot of debate on the nature of the tax. There are a number of tests that can be performed on any proposed change in taxation to asses its effectiveness. Listed below are a few of the more salient ones.

This can be a very difficult issue. The standard view is that those with higher incomes pay more tax as a percentage of their income. Such a tax is called a progressive tax. A regressive tax is where those of a higher income pay a lower percentage. Income tax is presently progressive, in that the more you earn, the higher the percentage of tax is paid. VAT (a tax added to the price of goods and services) is usually referred to as regressive, as someone on a low income pays exactly the same amount of tax on new tyres for their car as someone on a higher income.

Is it Easy to Collect?

This is more practical. A window tax1 would not be very easy to collect, because finding out the number of windows a house has can be difficult. The standard question to ask is, 'Is it worth it?'. If the cost of processing and collecting a tax out-weighs the revenue that will be collected, it is a good reason for the tax to be scrapped.

Is it Easy to Evade?

A window tax would be very easy to evade2. Covering a window may reduce the tax paid, unless the inspector is thorough. Corporation tax (the tax on the profits of businesses), is harder to avoid, as businesses can be ordered to submit their accounts, so the amount of tax to pay can be calculated. The greater the revenue generated from taxes, the easier evasion is to detect, as there will be more money available to employ detection methods.

Is is Easy to Avoid?

This is a different question to tax evasion. This deals with methods of avoiding3 liability for tax by removing a taxable item. Getting rid of your television would avoid the need to purchase a license. Here a window tax would be quite easy to avoid by bricking up a little-used window. The key is to look for loop-holes in the tax. Finding a loop-hole can allow a business or individual to reduce their taxes. Indeed, many corporations employ chartered accountants specifically to look for tax loop-holes. This can make the tax system less fair to small businesses who cannot afford advisors, and may lose a competitive edge because of it.

But avoidance can have serious consequences for the individual too. For example, the poll tax (which became the Community Charge, before being replaced by Council Tax by John Major's Conservative Government in 1993) was only paid by people registered to vote. Such a method of collecting tax can be an incentive for people not to register to vote, thus losing their political voice, and potentially harming the democratic system. The UK's current system of Council Tax is calculated on the basis of property, with discounts for single people.

Is it Easy to Understand?

This is a hurdle at which many taxes fall. A window tax would succeed here, as it would be very simple to calculate the tax payable, by counting the number of windows (evasive techniques notwithstanding). The more complex the tax is, the harder it is to implement successfully. This means complications over how it is collected, and confusion as to how payment is to be implemented. A more complex tax could also increase the costs involved in the administration of the tax. Complexity can also introduce loopholes.

How Will the Tax Influence Individuals?

A tax could provide a reason to avoid buying something. For example, a tax on tobacco could make smoking less attractive, and reduce demand for cigarettes. However, the effect of the tax depends on how much price is a factor in the decision to buy something. Some people may have an addiction to smoking, so an increased tobacco tax may not be very effective, and may also lead to increased tobacco smuggling and further lost revenues.

This form of tax can also be used to influence people to purchase alternative products. For example, heavily taxing leaded petrol may result in more unleaded petrol being sold.

These tests illustrate the issues that are appropriate when considering the whole tax system. Whilst not comprehensive, this should give an overview of many of the important issues involved in the taxation system.