Sofia Kovalevskaya - Mathematician Content from the guide to life, the universe and everything 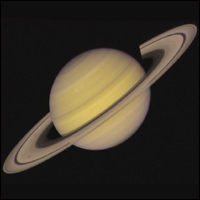 Sofia Vasilevna Korvin-Krukovskaya1 was born on 15 January, 1850, in Moscow. At that time in Russia, girls' education usually consisted of lessons at home in French, dancing, music, painting and conversation skills in order to attract a good husband. However, Sofia's father had broad intellectual interests and so he encouraged his two daughters to take an interest in science and mathematics as well as the traditional feminine subjects.

A miscalculation in the amount of wallpaper needed for the decoration of the family house led to Sofia being introduced to calculus at the age of 11 - the walls of the nursery were instead papered with lecture notes on differential and integral analysis by Ostrogradsky, a mathematician who had once taught Sofia's father.

To further develop her mathematical talents, Sofia was sent to school in St Petersburg. There, she came to be introduced by her sister Aniuta to Vladimir Onufrievich Kovalevsky. He had trained as a lawyer and helped to provide education for poor women. Married women had more freedom in Russia, so even though she was 18 and he was 26, they agreed to a marriage of convenience so that Sofia could travel abroad and find a university that would allow her to study mathematics.

Sofia was accepted by Heidelberg University in Germany, although she had to ask the professors for permission to sit in their lectures. She moved to Berlin after three semesters. Berlin University refused to admit her, but one of the professors there, Karl Weierstrass, agreed to tutor her privately.

During the four years she worked with Weierstrass, Sofia wrote three papers, including one on Saturn's rings2. This extended previous work by Pierre-Simon Laplace. Like Laplace, Sofia made the assumption that the rings were fluid, but she used a less simplified model and determined that the rings were egg-shaped rather than ellipses, as was previously thought. It was known that the rings are not fluid, but are composed of solid rock particles, so her work was not considered to be very useful, but the methods she used to solve the equations had further applications - Henri Poincaré used the same techniques more than ten years later. In the 20th century, a space probe sent to investigate Saturn discovered that the rings were very similar to the shape Sofia predicted.

Based on the three papers, Sofia was granted a doctorate in 1874 by Göttingen University in her absence and without an interview, which was extremely unusual and showed that her work had made a great impression. Thus she became 'the first woman in the world outside of Renaissance Italy'3 to receive a doctorate in mathematics.

Barred from working in universities in Russia, Sofia tutored women privately and wrote articles for a newspaper. Her daughter, also called Sofia, was born in 1878. She began corresponding with Weierstrass and moved to Berlin in 1881 with her daughter but without her husband. She had decided to leave him because he turned down a job in Moscow University, even though he was struggling financially.

On 27 April, 1883, Vladimir committed suicide in Moscow. Sofia blamed herself for his death, but in order to be able to support her daughter, she needed to find employment. She eventually found a position in Stockholm University, Sweden. While there, she met Maxim Maximovich Kovalevsky, a distant relative of Vladimir, and found that she enjoyed his company as they had so much in common.

In 1886, the French Academy of Sciences launched a competition for the Prix Bordin, a prize awarded to the best solution of a particular mathematical problem. The chosen topic was the rotation of a solid body about a fixed point. This subject had been considered before, most notably by Leonhard Euler and Joseph-Louis Lagrange.

Euler derived the equations of motion, but considered only the special case where the centre of gravity of the body coincides with the fixed point. Assuming no other forces act on the body, it will move in the same way as a planet rotating about its axis.

Lagrange considered the case where the centre of gravity of the body lay on the same axis as the fixed point. If the body is symmetric about this axis, then its motion will be the same as a spinning top.

Sofia considered the case of an asymmetric top, where the centre of gravity lay in a plane perpendicular to the axis of rotation and the fixed point was the point where the plane and axis intersected. She solved the equations using Weierstrass' analytic methods, which was unusual at the time, as pure mathematics and theoretical physics had previously been kept separate.

15 papers were submitted to the competition, but Sofia's work was considered the best. She was awarded the Prix Bordin in 1888, which made her the second woman ever to receive a prize from the French Academy of Science, after Sophie Germain4, who won one in 1816 for her research on the elasticity of metals. In recognition of Sofia's extraordinary achievement, the prize money was increased from 3,000 to 5,000 Francs.

The strain of working on her competition entry took its toll on Sofia's health. After spending some time in hospital in Paris, she completed the autobiographical Memories of Childhood, a tribute to her sister Aniuta who had died in 1886.

She eventually recovered, and returned to work in Stockholm University. At the end of 1890, she travelled around Europe with Maxim. During the journey back to Sweden, she was taken ill again. She gave lectures as usual on her return, but her condition worsened and she developed pneumonia.

On Tuesday 10 February, 1891, Sofia Kovalevskaya died, aged 41. Tributes to her were made in France and Russia, particularly by women. Mathematicians, students, feminists and many others attended her funeral in Sweden. She had become quite famous, and was well respected by people from many different walks of life.

Her name lives on - for example, since 1985, the Association for Women in Mathematics has organised 'Sonia Kovalevsky Days'; her portrait was used on a Russian postage stamp in 1996; and in 2002 the Humboldt Foundation established the Sofja Kovalevskaja Award for young researchers in any subject. Thus she occupies a position of importance within the history of mathematics and her legacy, both in terms of opportunities for women and in mathematical research, transcends time.

1This is the Russian feminine surname form. There are several alternative spellings of her married name, including Sofia Kovalevsky and Sonya Kowalevski (the name she used in Sweden).2Roger Cooke. The Mathematics of Sonya Kovalevskaya New York: Springer-Verlag, 1984, p663Ann H Koblitz. A Convergence of Lives: Sofia Kovalevskaia: Scientist, Writer, Revolutionary, Basel; Boston: Birkhäuser, 1983, p1234Sophie Germain worked in mathematics for most of her life, but was never awarded a degree.