'Positive Atheism' Content from the guide to life, the universe and everything 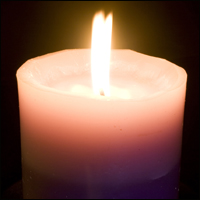 Atheists tend to get quite a bit of bad press due to the 'negative atheism' supported by prominent figures such as Richard Dawkins and Christopher Hitchens. Many readers will thus be surprised to hear of another variety of non-belief: 'positive atheism'. Although a philosophy with the name was first dreamt up by an Indian atheist known as Gora, who published a book on the matter in 1972, positive atheism has since been redefined to exclude Gora's secular aspect – becoming a form of atheism that encourages peaceful cohabitation with religious individuals.

Such a concept should be as free from dogma as possible, lest it fail to change with the times and end up demanding unreasonable changes to society. However, there are some simple philosophical points that the so-called 'positive atheists' intend to uphold – this Entry intends to take only a brief look at them.

NB: Some philosophical texts use the terms negative and positive to describe weak and strong atheism, respectively. 'Strong' atheism positively affirms the non-existence of any form of god or gods, whereas 'weak' atheism is simply a lack of belief in a god. This Entry uses the words negative and positive in a more self-explanatory manner, to describe the different attitudes embraced in 'negative' and 'positive' atheism.

How to be a 'Positive Atheist'

Here, then, is the mission statement for positive atheists. Of course, anyone subscribing to it can freely ignore whatever part of the guidelines they choose – it just isn't really positive atheism if they do.

In order for atheism to gain widespread acceptance, it would have to appear to be on an equal footing with religion as far as moral values are concerned. To this end, positive atheists aim to maintain their integrity by being honest and upright, adopting an almost Jedi-like position in society. Once this has become widespread, they hope that their demands for respect and equality will have real meaning.

It is much easier to live alongside one another when you have an understanding of each others' beliefs. Positive atheists are keen to understand the existence of religion and accept that religious individuals have reasons to believe what they do. This can be aided by theories that religion is of evolutionary origin, in that humans developed the ability to believe in gods in order to stay sane and work together. If one assumes that faith is a natural occurrence, regardless of whether it is right or not, then it is a lot easier to live and let live.

Be Strong, Not Militant

Positive atheists are generally 'strong atheists' – they positively affirm the non-existence of any form of god or gods. However, they call for a careful differentiation between this and 'militant atheism', a phrase that is sometimes used to refer another group of strong atheists: the negative atheists. The point is that positive atheists feel they can adopt a position of fully flung non-belief without having to be negative or 'antitheistic'1.

The words 'evangelical' and 'proselytising' are used to describe those who actively attempt to convert or recruit others to their religion. Positive atheists eschew this sort of thing on the basis that belief is a natural part of many people's lives. For the same reason, they try to avoid starting unnecessary discussions about religion and do not belittle others for having different beliefs. Naturally, they hope that the same degree of respect will be offered to them.

When attacked, positive atheists will refuse to suffer lectures from those who choose to bring up their religion. This can involve a firm refusal of any religious rhetoric produced, with the positive atheist calling for truthfulness instead of some form of competition to prove who is right. This doesn't preclude counterarguments provided that they are delivered honestly and not on a wave of rhetoric.

While hardliners on both sides are liable to find fault with positive atheism, there is no doubt that the ideals listed above have the ability to strike a chord with many people. However, some questions remain. For instance, is positive atheism actually possible in the real world? In 'Atheism: A Very Short Introduction', Julian Baggini equates humanism with positive atheism, suggesting that the positive ideals are already being put into practice. The Brights movement also intends to campaign for atheism in a positive manner. There is, however, still the threat that positive atheism will continue to be overshadowed by negative atheism. At the time of writing2, the negative camp has a quasi-monopoly on media coverage of atheism.

However, there is already a fine example of positive atheism harking from what some might consider an unlikely source: the USA. Margaret Downey, founder of the Freethought Society of Greater Philadelphia, found herself faced with an escalating confrontation after she and her colleagues posted an advertising board above a local interstate (motorway) reading: 'Don't believe in God? You're not alone.' A local congregation were soon found to be hurriedly constructing their own adverts, so Downey responded by contacting the offended Christians, inviting them to join the local atheists in volunteering for a charity that helps feed the poor. The move was a success for all concerned.

Downey's society is not the only one to support positive atheism in the United States, and this Researcher can only hope that such behaviour will become more widespread, both in the USA and elsewhere.

1'Antitheism' is a state of active opposition to 'theism', as opposed to the simple lack of belief implied by 'atheism'.22008.