Understanding Literary Plots Content from the guide to life, the universe and everything 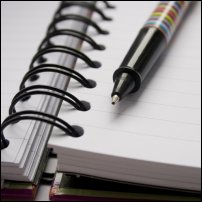 There is plenty of help available to the aspiring writer, in classes, on the Internet, on television, and in books. Much of it leaves the finer points of description, dialogue and details to the creative mind and focuses, instead, on helping the writer to construct a viable plot.

A Sampling of Definitions for 'Plot'

As you will probably have noticed, all of these versions have related meanings in that each refers to the description of something that is not known until the 'plot' has been completed. In this way we can see that there is really only one definition of 'plot'1.

You may recognise the previous paragraph to be a bit of sophistry, perhaps even sophomoric. Well, it was intentionally provided to make this discussion more understandable and less controversial. The fact is that people like to group things, distill things, and present things in ways that make them easier to digest, remember, discuss, or merely argue over. This distillation, however, does not always clarify meanings.

Remember that anything said after this point is in regard to easing the use of the information, not to dogmatically hold to a theory defending it against all others.

What a Plot is Not

Here are some bad descriptions of the 'plot' concept that you might run across if surfing the Internet, to start you off:

Plot is the essence, the actual storyline of what is happening in a written or performed work. It generally refers to a very brief overview of the story, but it really can be as detailed as you make it. It can leave out particular details that are plot twists in order that these aren't revealed until the person watching/reading the story gets to them.

This is not a 'plot' at all. What this 'definition' actually describes is a synopsis.

Plot is the skeletal system of a story. It contains the web of events that make up the entire story, as well as literary patterns and devices, which are incorporated to create the story's essence. It is divided into six basic components, namely: exposition, initial incident, rising action, climax, falling action, and ending. This kind of categorisation, however, may vary according to a writer's point of view.

We must be thankful for the caveat; for this is also not so much a definition of 'plot', but of a story's dynamic flow (similar to biorhythms). Useful to understand, but misidentified.

In fiction, the structure of interrelated actions, consciously selected and arranged by the author. Plot involves a considerably higher level of narrative organisation than normally occurs in a story or fable. According to EM Forster in Aspects of the Novel (1927), a story is a 'narrative of events arranged in their time-sequence', whereas a plot organises the events according to a 'sense of causality.'

This definition is much better, except that we know of many 'stories' that are a 'narrative of events', but wherein those events are not arranged any normal form of time sequence. And, what could the encyclopaedia mean by organising events by a 'sense of causality'?

Let's Try Separating the Story from the Plot

The 'story' is represented in the finished work, whether we're talking about a short story, a novel, a movie, or a theatrical performance. It can be summarised or synopsised, but then it becomes a summary or synopsis.

The 'plot' is the structure and relationship of characters and events, designed to produce a particular effect, emotion, or message. It is a higher level of the story than the summary or synopsis (a 50,000-foot view as opposed to a 10,000-foot view).

If the story doesn't have a plot it may wind up being a 10,000 word journal about somebody's life, that just describes what had happened until the 10,000th word was reached (imagine Mary Shelley's Frankenstein without any reference to sewing bits of dead people together and the results).

Georges Polti created his 'Thirty-Six Dramatic Situations' to categorise every dramatic situation that might occur in a story or performance, by analysing classical Greek texts, French works, and others (continuing the work of Carlo Gozzi and his 36 'Situations').

Supplication; Deliverance; Crime pursued by vengeance; Vengeance taken for kin upon kin; Pursuit; Disaster; Falling prey to cruelty/misfortune; Revolt; Daring enterprise ; Abduction; The enigma; Obtaining ; Enmity of kin; Rivalry of kin; Murderous adultery; Madness; Fatal imprudence; Involuntary crimes of love; Slaying of kin unrecognised; Self-sacrifice for an ideal; Self-sacrifice for kin; All sacrificed for passion; Necessity of sacrificing loved ones; Rivalry of superior vs inferior; Adultery; Crimes of love; Discovery of the dishonour of a loved one; Obstacles to love; An enemy loved; Conflict with a god or gods; Mistaken jealousy; Erroneous judgement; Remorse; Recovery of a lost one; Loss of loved ones.

Christopher Booker's book, Seven Basic Plots - Why We Tell Stories (which took him 35 years to write), looks quite different. For example, the previous list's man vs X plots above would all seem to fall under 'overcoming the monster'.

This is not to say that stories don't jump in at places other than their chronological starting point; or leave early, leaving us feeling unsatisfied. His theory, that there only seven basic plots, is connected strongly to the psychology of Jung, the Ego and the Self. But then, at the end of his book, Booker adds two more plots: Rebellion and Mystery, which both sound like versions of 'overcoming the monster'.

Foster-Harris contended that there are three basic patterns of plot:

Of course one could always break plots down to simply comedy- and tragedy-based, as Shakespeare did. In tragedies, everybody dies; and, in comedies, at least the protagonist lives.

In addition to Seven Literary Plots, there is also the concept of the Seven Basic Needs for a story line.

Thankfully, many writers - like most creative types - learn how to throw away all the basic tenets and come up with new and fresh combinations and exclusions, like 'machines/technology v the supernatural', to keep things interesting.

1Especially the garden plot, for no one can know what will sprout until the planting is done and the seedlings begin to break the surface.