Tips for Backpackers: Travelling Around Content from the guide to life, the universe and everything 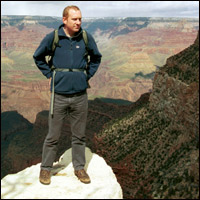 Here are a few tips that can help things to run more smoothly, or help you to avoid 'worst case scenarios'. Don't be put off by the implied list of things that can go wrong; the worst that's likely to happen is you get ripped off for a few pounds on the taxi fare from the airport. There are few problems that can't be solved by the judicious application of cash and adequate insurance.

Most of this information can apply to all kinds of traveller. However, it's written with adventurous backpackers in mind, especially those who are planning to travel alone or in a small group for several months in developing countries (eg in Africa, South-east Asia, India, Latin America, and so on) rather than developed nations such as Australia, Europe, the US or Canada. It's also assumed that money is much tighter than time. The two are often a compromise: fast travel involves more spending, whereas scrimping and saving often means slowing down or staying put.

Please also note that, although parts of this article are a catalogue of things that could go wrong, this shouldn't dissuade you from travelling. Most of these items are for convenience, and things are unlikely to go wrong anyway. In fact, there's little in here that you won't figure out for yourself fairly quickly. But by knowing in advance you can save yourself time, money and frustration. Most people find the rewards of travelling more than make up for the hassles.

You'll also find that there are as many ways to travel as there are travellers. This list consists of tips, not rules. If you can think of a better way to do something, or if you think some of these are an unnecessary hassle, adjust or ignore them to suit yourself.

On Arrival: Airports and Stations

It's never a good idea to book a tour at 3am.

Leaving the airport can be the hardest part of a journey. Aside from the scrum of touts, you're unlikely to know where the buses run from, and taxi drivers will invariably charge far more for a ride from the airport than to it, even for locals.

Should you change a lot of money now, or will you get a better rate in town? If you end up taking a taxi, you may not know where the hotel you end up at is. How far is the airport from the town? What's a fair fare? Planes tend to arrive at odd times of night with poorly rested passengers. Having the energy to resist the touts is a real skill. There are almost invariably cheap buses to the city centre — if you can find them. Determination and good humour are the keys here.

Many developing world buses have very little legroom. If you're 6ft (2m) tall, be warned that if the person in front of you reclines their seat you'll be unable to sit straight. This leads to painful stiffness within minutes and can be torturous over hours.

Avoid the back of the bus, especially battered buses on poor roads, as this position exaggerates every bump in the road.

1It's common practice for hotels (and sometimes souvenir shops) to pay a commission to a taxi-driver who brings them a customer, particularly in big cities or touristy areas where competition is intense.