'Asteroid' by the Pete Moore Orchestra Content from the guide to life, the universe and everything 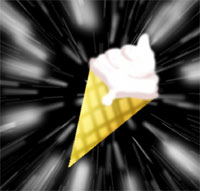 When I wrote 'Asteroid' many people in the profession accused me of writing music for the future, and ahead of its time. With the longevity of this music I thoroughly agree!
Pete Moore

Best known as the music they used to play at the local cinema before adverts for curry houses, estate agents and carpet sales (most of which, curiously, are 'located just five minutes from this cinema'), 'Asteroid' by Pete Moore is the signature tune and copyright of Pearl & Dean Cinemas Ltd - a company founded in 1953 to provide advertising on cinema screens. In April 2010 it was announced that the company was to be sold by owners STV for £1, subject to shareholder approval.

The 'lyrics' begin near the end of the tune and go something like this:

Then they carry on in a similar fashion for another five seconds. The whole tune is only 20 seconds long and was accompanied by visuals and initially played at ABC cinemas.

Asteroid was written in 1968, composed by Pete Moore and played by his orchestra. Pete had also worked with Frank Sinatra and Bing Crosby, but has become best known for the advertising jingle that an entire generation grew up with.

1This number includes the many thousands of people who will have heard it more than once (if not hundreds of times) and does not refer to six billion individuals.