Seasonal Affective Disorder (SAD) Content from the guide to life, the universe and everything 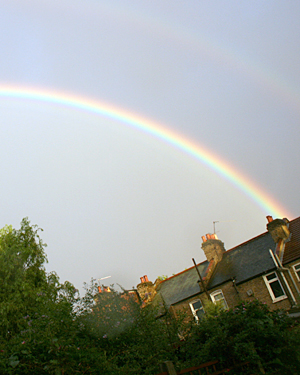 Have you ever stepped outside on a sunny day and found yourself immediately put in a good frame of mind? Conversely, have you ever found yourself looking out of the window on a dull wet day, and felt lethargic and despondent? It's not uncommon for the weather to affect our lives, perhaps ruining our plans for the day, and it is certainly a popular topic for conversation.

Seasonal Affective Disorder is a condition which is characterised by depression during the late autumn and winter months, relative to the decreased daylight hours, and resultant decrease in exposure to sunlight. Consequently, the incidence of SAD increases as you move away from the equator towards the poles, where many months can be spent with little or even no direct sunlight at all.

Symptoms include intense feelings of unhappiness, despondency, listlessness, over-tiredness, and the need for more sleep than usual, along with an increased appetite, particularly for sugary and carbohydrate-rich foods, and consequent weight gain. While the symptoms may appear similar to other forms of depression, conventional forms of treatment (such as anti-depressants) are rarely effective.

While there is a need to carry out much further research into this disorder, two suggested forms of treatment are currently available, although there is some discussion as to what side effects may be experienced.

Light therapy involves exposing the sufferer to certain wavelengths of light for a period each day. A simple solution which people can try at home is sitting under a full spectrum light bulb (available through lighting stores) for at least 30 minutes per day.

Another form of treatment which sufferers have found effective is St John's Wort herbal tablets, which have an anti-depressive effect. These are now readily available in supermarkets as well as in health food shops, without prescription. There has been some discussion recently as to whether St John's Wort is entirely safe, and it is certainly recommended that anyone with a previous medical condition should consult their doctor. The indicated quantities should be adhered to, and St John's Wort should not be taken in conjunction with the use of light therapy, as this may cause hormonal imbalances and unpleasant side effects.

People who feel that they may be suffering from depression, SAD, or feel they are unusually low are advised to seek advice. Often, talking to friends, family or even strangers about how you feel is a beneficial first step, and you will feel you are not alone.