Fistulae Content from the guide to life, the universe and everything 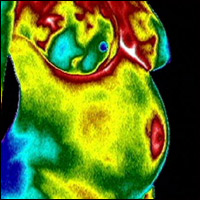 A fistula (plural, fistulae or fistulas) is an abnormal connection between two linings, or epithelial layers, of the body such as the mouth, lungs, bladder, bowel and skin. To the lay person, a fistula can sound pretty scary or disgusting - a connection between two parts of their body that isn't meant to be there, allowing substances such as stools1 to move from one part to another and cause all sorts of problems.

Epithelial surfaces appear in quite a few places, lining as they do such things as the skin, the nose, the mouth, the trachea/windpipe, the lungs, the bowels (gullet/oesophagus, stomach, small bowel, colon, rectum and anus), the bladder, the vagina, the bile ducts, and so on. Anatomically, quite a few of these structures lie near to each other, and since any two surfaces that lie near each other can form a fistula, there are many possibilities:

The list is by no means limited to the above, but in general, it is the obstetric fistulae (see also the section on obstetric fistulae, below) and fistulae-in-ano that are referred to as fistulae by the general public. A fistula should not be confused with a sinus, which is a blind hole leading from one organ without passing into another, or an abscess, which is a pus-filled cavity inside the body.

A fistula can form for a number of reasons, with the most common being:

A fistula can be easily classified according to the surfaces involved, its level of output, and whether it is a simple or complex fistula. Anatomical location can usually be described by combining the names for the two surfaces that the fistula connects - for example, 'gastrocolic' for a fistula between the stomach and the colon.

Output can be defined according to the volume of fluids and solids that pass through the fistula - high output is anything above 500ml per day. Finally, a simple fistula is a straightforward connection from one surface to another, whereas a complex fistula can involve an abscess or may consist of several tracts (branches).

Due to their nature, fistulae can cause leaking of food, bile, lymph fluid, oxygenated blood3 and so forth away from where it is needed, and can lead to leakage of bacteria-laden stools into what are normally sterile parts of the body. Fistulae can therefore lead to malnutrition due to food leaking out of the bowel, infection due to stools leaking into sterile organs, nausea and vomiting if stools leak backwards into the upper part of the gut, and unpleasant leakage of flatus and faeces into places where it is not wanted.

Obstetric fistulae, vesicovaginal4 and rectovaginal5 fistulae which occur when difficult childbirth takes place without medical attention, present a humiliating and traumatising problem for mothers in the Third World where such problems are not routinely treated. The damage caused by childbirth leaves the mother incontinent6, with the contents of her bowels and/or bladder leaking out through her vagina. This condition can lead to ulceration of the damaged area, damage to nearby nerves, and damage to the kidneys as infection of the bladder tracks upstream. The problem currently affects around two million women in poorer countries, but is both preventable and surgically repairable and is thus the subject of a campaign by the United Nations Population Fund.

Fistulae-in-ano form between the rectum or anus and the skin around the anus, and thus cause a degree of faecal incontinence as faeces pass out of the rectum, bypassing the mechanisms that usually keep it in. Fistulae-in-ano usually present as small skin bumps which enlarge and become painful until they burst, revealing faeces-filled abscesses which will then seal off again and repeat the process.

Fistulae can be managed by doctors using the following algorithm, which is represented by the word 'SNAPS':

1Poo.2An air space in the bone of the upper jaw.3Through an arteriovenous fistula.4Between the bladder and the vagina.5Between the rectum and the vagina.6Incapable of holding in urine and/or faeces.7A tube which is run down through the nose and into the stomach.