'Garden State' - the Film Content from the guide to life, the universe and everything 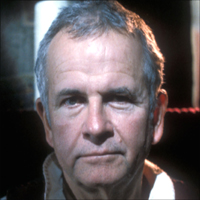 The movie Garden State, released across much of the world in 2004 and 2005, marked the directorial debut of Zach Braff, famous to television audiences as Dr JD Dorian in Scrubs. Braff also wrote the screenplay and starred in the film, alongside co-stars including Natalie Portman, Peter Sarsgaard and Ian Holm.

Braff began writing the screenplay while at university, and in the year 2000 he took three months to polish it. Much of the film is based on stories he had collected over the years. The name 'Garden State' comes from the state nickname for New Jersey, where the story is set. Braff originally named it Large's Ark after his character's nickname of 'Large', but found the name unpopular when he asked people their opinions. The film was shot in only 25 days. Usually that might be cause for concern, but Garden State received excellent reviews.

Despite the quality of the cast and the fact that Danny DeVito was going to be one of the executive producers, Braff had great difficulty getting financial support. This was not a normal three-act screenplay and was different to the sort of films studios usually make. Eventually Braff found backers willing to take the risk, and its positive reception at the Sundance Film Festival led to Miramax and Fox Searchlight buying the film jointly to distribute it.

Time Magazine described Garden State as 'a love song to suburban New Jersey that is so smart and touching, Bruce Springsteen might be able to retire soon'1.

Without giving too much away, the film is a journey of discovery. Andrew Largeman (Braff) is a struggling actor living in Los Angeles and making ends meet by working as a waiter. He's stuck in a rut, until one day when he receives a phone call from his father, telling him that his mother has died, and forcing him to return to his New Jersey home for the first time in nine years. Andrew has been on anti-depressants for a number of years to help him deal with the pain of an accident he indirectly caused that severely injured his mother.

They sent me away to boarding school.
Sent me away makes it sound like they sent me to an asylum.
There were no straps involved.
- Andrew

For his return, he decides to stop taking his medication, which has been prescribed by his father Gideon (played by Ian Holm), a psychiatrist. Without it, Andrew begins to see life through different eyes, a feeling only exacerbated when he meets Sam (Portman).

Sam:   Hey, I recognise you.
Andrew:   Oh, did you go to Columbia High?
Sam:   No, not from high school, from TV. Didn't you play the retarded quarterback?
Andrew:   Yeah.
Sam:   Are you really retarded?
Andrew:   No.
Sam:   Ooh, great job man! I really thought you were retarded. I mean, you're better than that Corky kid and he's actually retarded. If there was a retarded Oscar you would win, hands down, kick his ass!

Sam is a compulsive liar but someone who is uninhibited, great fun and allows him to feel in ways he hasn’t for years.

The film is not easy to categorise. It is, by turns, a drama, a romance, and a comedy. Look out for some surreal, off-beat humour, such as a knight at the breakfast table, an ice-skating alligator, and a boat at the bottom of a huge canyon. Much of the film's humour comes from Andrew's reactions to these. Some of the press reviews compared Garden State to The Graduate, a comparison which flattered Braff, but one which he felt was not appropriate. USA Today wrote 'Though unlikely to have the lasting quality of The Graduate, it feels a bit like that seminal film for today's generation.' Another review said 'Garden State's closest cousin is The Graduate, which also discovered beauty in the cognitive disconnect between the things we see and the things we logically expect. But the tone here has been updated, striking unique chords that speak to a 21st-Century brand of alienation.'

One problem during filming was that Portman was studying psychology at Harvard University. Braff and Sarsgaard both went to visit her early on in the process of making the film, and the three co-stars went out drinking to get to know each other better.

Most of the film was shot in New Jersey - in fact, much of it in Braff's own home town of South Orange - but some shooting also took place in New York and Los Angeles.

You gotta hear this one song, it'll change your life I swear2.
- Sam

Braff also personally chose the songs for the film's soundtrack, choosing music he felt would fit from his own favourite bands. Three of the performers on the soundtrack did not even have record deals. On the other hand, there are some better-known acts, including Coldplay and Simon and Garfunkel. The money charged for royalties by these popular performers was initially too high to allow their inclusion in the film, but Braff showed them the appropriate sequences and royalty charges were lowered. Other acts include Frou Frou, The Shins, and Nick Drake. The songs are in the order they appear in the film, because when Braff was sending scripts to actors, he also sent them the songs he had planned to play during certain scenes.

The soundtrack CD won a 2005 Grammy award for 'Best Compilation Soundtrack Album For A Motion Picture, Television or Media'.

1Springsteen is a New Jersey native and is adored by many of the state's inhabitants.2A comment made about a song by The Shins. The band's popularity rose as a result of the exposure they received in this film. They were the only act referenced in this way, and the only act to have more than one song on the soundtrack.