The Campaign to Abolish Slavery Part One: Am I Not A Man And A Brother? Content from the guide to life, the universe and everything 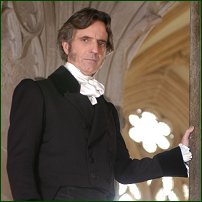 Slavery had been a part of every human society since the dawn of history. All the great empires of history had been founded on slavery, and even the Bible supported it. Britain entered the slave trade in a serious manner in 1555, when John Lok first transported slaves from Africa to England.

By the early 1700s, Britain dominated the world trade in slaves, accounting for half of the 80,000 slaves transported each year using the 'triangular route'. Manufactured items would be shipped from Britain to be traded for slaves in West Africa. The slaves would then make the 'middle passage' across the Atlantic to the plantations in the USA and Caribbean, and slave-grown goods such as sugar would be transported back to Britain and sold at a huge profit.

Exact figures are impossible to calculate, but it is believed that at least 11 million slaves died in Africa, either being transported to the coast or while being held in pens in slave stations like the one at Bance Island. A further 1.4 million died during the middle passage, with roughly 9.6 million reaching the Caribbean.

There had always been slave revolts, dating back at least as far as Spartacus1, and continuing to 'Tacky's Revolt' in Jamaica in 1760.

From as early as the mid-1750s, there were precursors of what was to come. In 1754, the Quakers in Philadelphia declared slavery to be immoral, and renounced the practice of keeping slaves. This stand spread throughout the Quaker movement, and the religion would become central to the fight against slavery.

In 1775, the British government emancipated slaves - provided they were owned by American landowners who supported Independence. This was a tactic to encourage loyalty to the crown during the War of Independence. Slaves of loyalist owners received no such dispensation. By the end of the war, some 3000 former slaves were transported to Nova Scotia in Canada, amid much political wrangling, with George Washington among those demanding compensation.

Also in 1775, it was ruled in court that slavery was illegal on the British mainland because it was 'no part of our Constitution'.

1781 saw what became infamous as the Zong massacre. Captain Luke Collingwood, commanding a slave vessel making the middle passage, had 1332 feeble or infirm slaves chained together and thrown overboard. Collingwood died during the journey, but when the ship arrived back in Britain in 1783, its owners made an insurance claim for them. The landmark judgement held that murder had not been committed, as 'Blacks are goods or property', but that the ship's owners had attempted to defraud the insurance company. Although the case gathered little publicity at the time, many of those who did notice it became early abolitionists.

In 1783, the Quakers set up a committee to abolish the slave trade. However, the Quakers were viewed as religious oddballs by the majority of the population. They clung to the old 'thee' and 'thou', considering 'you' to be informal and therefore flattery. They refused to refer to others as 'lord' or even 'mister', as they regarded God as their only lord and master. They would not even use the names of the days of the week or months of the year as they were based on pagan gods and might be idolatrous. On top of that, only Anglicans were permitted to hold political office, vote or attend university, so the Quakers had no political power.

Also in 1783, many states in the north of the new United States of America banned slavery.

At around the same time, Dr Peter Peckard, vice-chancellor of Cambridge University, heard of the Zong trial and was horrified. For the prestigious annual Latin essay competition, he chose the title 'Anne liceat invitos in servitutem dare' - 'Is it lawful to make slaves of others against their will?' The prize was won by a gifted student called Thomas Clarkson.

On 22 May 1787, the snappily-named Society for Effecting the Abolition of the Slave Trade met for the first time. This organisation, made up almost exclusively of Quakers, would become central to the fight against slavery in Britain. Clarkson, now graduated, had been so moved by what he had discovered during his researches for his essay that he had decided to devote himself to fighting slavery. Like his new Quaker acquaintances, he recognised that this was probably an unrealistic goal, but that it might be possible to ban the slave trade, rather than slavery itself. Without a steady supply of fresh slaves, they hoped that the Caribbean plantationers would be forced to treat their slaves rather better to ensure their survival.

The years 1787 to 1789 would see an unprecedented upsurge in support for the campaign, with the creation of several iconic images, including Josiah Wedgewood's 'Am I Not A Man And A Brother?' medallions.

1Leader of a mass revolt of slaves in Rome in around 70 BC, as immortalised in the 1960 movie of the same name, starring Kirk Douglas and directed by Stanley Kubrick. 2One survived.